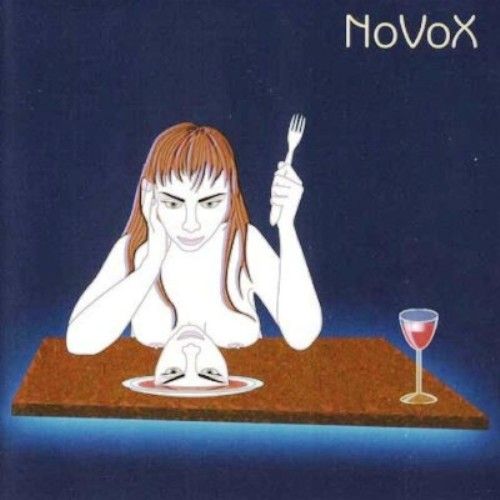 First off, this disc has to have one of the weirdest and most provocative cover images ever! Now beyond the graphics and on to the music. Some may remember the Dutch quartet Cliffhanger who put out a series of good to excellent albums during the 90s; well, 3/4 of Cliffhanger are now 3/5 of NoVox, the primary difference being — as their name suggests — no vocals. Keyboardist Dick Heijboer, bassist Gijs Koopman, and drummer Hans Boonk have teamed up with two new guitarists to produce this disc of instrumental gems. The twelve pieces here cover a lot of territory, but generally stay within the confines of the traditional realms of progressive rock. The guitarists seem a bit underutilized throughout, and if I'm understanding the liner notes correctly, both guitarists never play together on the same track. Indeed, on most of the cuts this sounds more like a keyboardist's solo album, as the keys have the upper hand in all the arrangements and solo parts. When the guitarists do show up, the band's sound bears a certain similarity to the instrumental work of early Camel (think Mirage). Like Cliffhanger before them, these guys bring a lot of great ideas to the table, work them cleverly into arrangements, and follow up with an immaculate and energetic execution. Fans of Camel, Happy the Man, and similar bands would do well to check this one out.