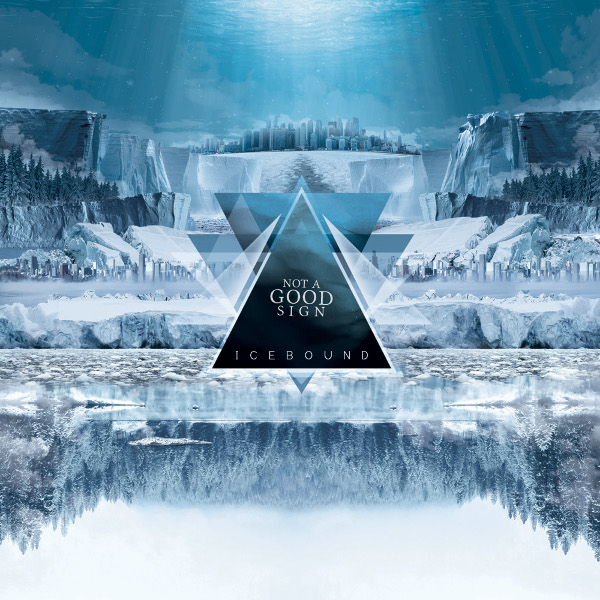 On their third album, Icebound, Not a Good Sign delivers a new level of complexity and ambitiousness in their work — the nine songs here easily representing their best effort to date, while supporting all of their achievements on the first two (Not a Good Sign from 2013 and From a Distance from 2015, both highly recommended). There are some changes: While lead singer Alessio Calandriello sings on this album, he has already left the band, and wasn’t in the lineup at the album’s release concert in Milan on May 5th. Also new is guitarist Gian Marco Trevisan, who sings and composes as well, joining the existing members Martino Malacrida (drums), Paolo “Ske” Botta (keys) and bassist / singer Alessandro Cassani. Another change is that this will mainly be available as a download (though a very limited edition of CDs will be produced) and is a self-production, not on the AltrOck label like the first two, although Marcello Marinone is still the producer, and plays timpano on “Not Yet.” The album features numerous guests, including violinist Eloisa Manera (from Artchipel Orchestra and Progenesi) on six of the album’s cuts, David Jackson (Van der Graaf Generator) plays sax and flute on the amazing ever-changing suite-length “Trapped In,” Margherita Botta plays toy glockenspiel and vocals on the first two songs, and Fabio Ceriani adds percussion on four of the tracks. Botta composed all the pieces except “Truth,” which is Trevisan’s contribution with lyrics by Antonio di Sarno, who ‘supervised’ the English lyrics throughout Icebound. The opener, “Second Thought,” is essentially an instrumental introduction showing the full band at their finest, while the seven minute “Frozen Words” follows it, sort of a pensive and dark piece that jumps into high gear midway through with several downright crazy guitar solos to liven up the proceedings, though even that is punctuated by a soft acoustic guitar passage. Two suite-length pieces, “Hidden Smile” and the aforementioned “Trapped In,” both top the nine-minute mark and offer plenty of turns and twists for the discriminating listener seeking something challenging, and along with “Truth” and “Down Below” make for a solid connection to the 70s heyday of the progressive rock idiom, without sounding like any earlier bands in particular, the spirit and emotion are there in a complete sense. Other much shorter tracks serve as instrumental interludes between the more powerful and complex numbers. All taken, Icebound takes the band up to the next level, and a promising future to come.