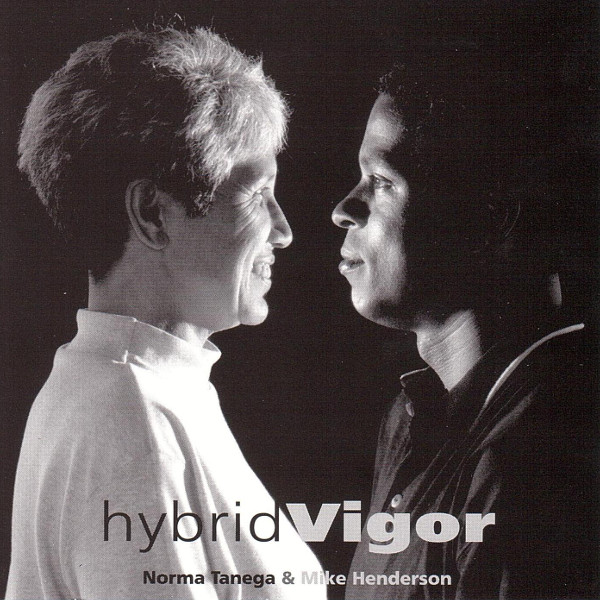 Despite the presence of guitarist Mike Henderson, this disc sounds nothing like Djam Karet. Rather it is a pleasant if unspectacular acoustic excursion combining the talents of Henderson with master percussionist Norma Tanega. The album is subtle and it grows on you with repeated listenings. Tanega generates lively grooves and Henderson contributes strong six and twelve string rhythm playing to propel the tunes. They interact nicely and approach the album as equals as opposed to a lead and backing instrument role. The very nature of the acoustic duo is somewhat limiting due to the fact that only one harmony / melody instrument is available to carry the tunes. This isn’t to say that Tanega’s contribution isn’t critical, since she is a multi-dimensional player with a wide array of sounds. It’s just that she is primarily a rhythm player and there is only so much she can do.

An interesting comparison can be drawn to Steve Tibbetts’ classic Yr album since the instrumentation is very similar. The aspect that elevated Tibbetts’ release was the multi-tracking that introduced layers of acoustic and electric guitars along with Marc Anderson’s percussion. It was a highly successful approach and one that might have enhanced this disc as well. There are still plenty of things to like about this album, whether it is the melodic guitar chordal excursions, the contrast of clay drums versus congas, or the tasteful swells of sound that Norma and Mike create together. It’s a low-key but enjoyable outing that showcases the interaction of these two fine musicians.