Nomadic Orchestra of the World: Nuove Tribù Zulu & Gypsies of Rajasthan — Banjara!
((Not on label) , 2014, CD) 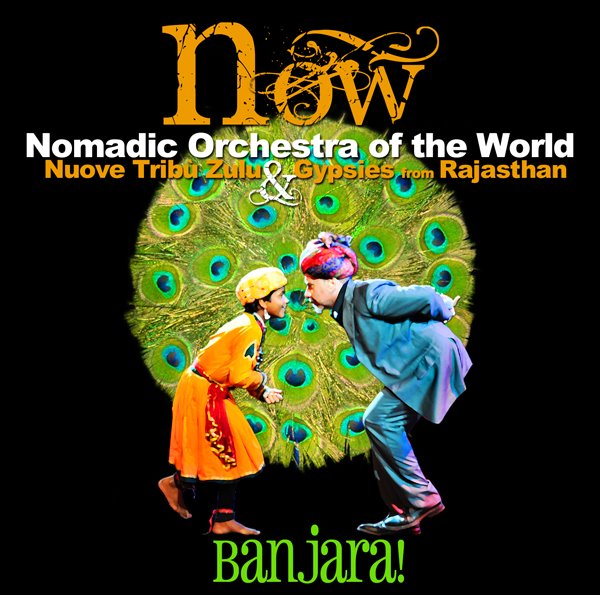 Although they’ve been dubbed Nomadic Orchestra of the World for this project, at the core of this colorful album is the Italian world-folk-rock trio Nuove Tribù Zulu, consisting of Andrea Camerini (vocals, flute), Paolo Camerini (bass), and Roberto Berini (drums, percussion). This all started when NTZ came in contact with nomadic musicians from the Rajasthani region of India. In a classic “east meets west” tale, the two groups realized there was a thread linking them together, via the Roma gypsies whose music had been explored in a past NTZ project (2007’s Gente del Cielo). While they’ve blended traditional Italian folk and street music with exotic sources in the past, this is the furthest afield NTZ has roamed, and the results are uniformly winning. They’re fleshed out here by guest musicians providing accordion, trombone, guitars and sax, while the Rajasthani contingent includes singers who also play native instruments including ravanhatha, been, and bopang. Like many of these kinds of albums, most of these songs find native instruments and modalities mated with western beats (including reggae) and instruments, though the blending varies depending on the song. Happily, each is a toe-tapping winner. Camerini’s vocasl are a constant, whether he’s singing in English or Italian, although the source for the lyrics and music behind each song comes from native Rajasthani traditions, whether they be chants, love songs, or devotionals. As the world gets smaller more examples of this kind of project appear, though this is certainly one of the best I’ve ever heard.