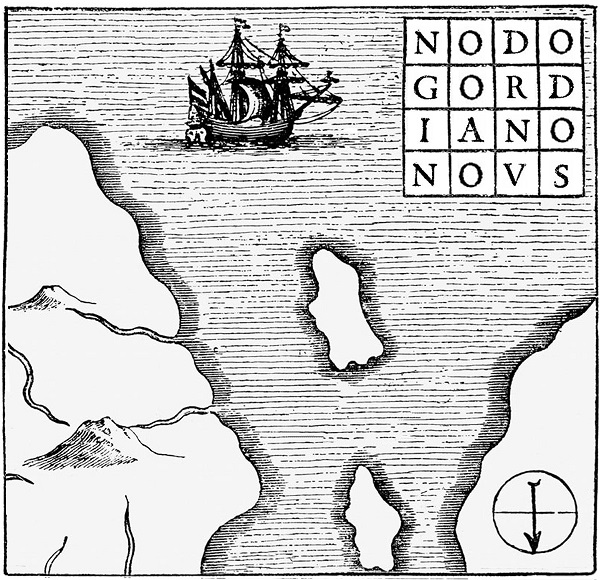 Whoever thought that Italian progressive rock died back in the 70s would be so wrong. Italian bands continue to send me new and interesting music. The latest, Nous, is by Nodo Gordiano, a band from Rome that I had not heard of before, though they have been creating and releasing music since the late 90s. Nodo Gordiano is the power trio of Andrea De Luca (bass, vocals, synths, guitars), Carlo Fattorini (drums, percussion), and Fabrizio Santoro (guitar, bass, Chapman Stick, synths, drums). Nous is actually their fourth and latest album. Originally conceived as a cover band of King Crimson, Pink Floyd, and Genesis tunes, Nodo Gordiano demonstrates their creativity, growth, and maturity as musicians and composers, as there is barely any trace of these influences on Nous. What they present is a set of seven instrumental and vocal tracks with a 70s progressive flavor while at the same time creating something uniquely their own. There are analog synths and Mellotron contributing to the 70s ambiance. High points for me are the instrumental “Aion,” that is an excellent space rock piece in the style of Hidria Spacefolk; the title track, “Nous,” that slowly builds from a quiet and ambient beginning to soaring guitar solos; the symphonic “Officina;” and “Arturiana,” with the only identifiable King Crimson references. The closing track “Stella Maris” is excellent as well, but it ends abruptly, which is a bit disconcerting. The cover artwork looks like a map from the Age of Exploration, which I guess is a statement of the band’s continuing efforts to explore and experiment with different musical styles.