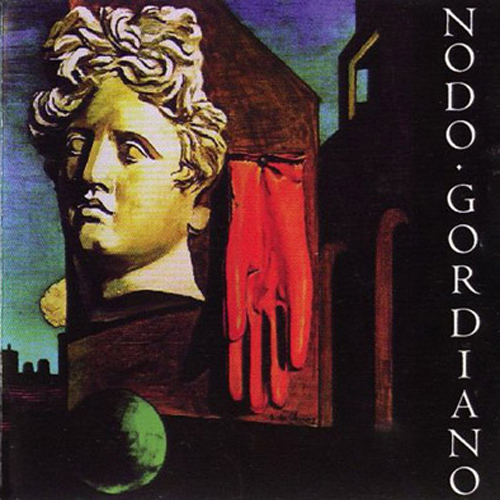 Quotes on the back cover from Banco, PFM, Arti & Mestieri, Balletto di Bronzo, and John Wetton may seem gratuitous at first, but there’s a reason for it: Nodo Gordiano is a hot new band that lives up to the honor of opening for the big guys (if not quite playing alongside them yet). Listeners of recent Banco and Periferia del Mondo will recognize clarinetist Alessandro Papotto, here playing synth, soprano/tenor sax, clarinet, and flute, with vocal on one song. Rounding out the line-up is bass, guitar, and a great drummer with a commanding presence, keeping the mix exciting with fills, rapid rolls, and percussive embellishments, almost always unpredictable. In fact, like when Furio Chirico plays, I often find myself focusing on the drumming despite the not inconsiderable prowess of the rest of the performers. This is mostly instrumental, modern symphonic rock with occasional nods toward Brand X and old school symphonics. The songs are elaborate, building from moment to moment with successive contrasts, fleshing out the five mid-length songs with a short closer that carries a menace of almost NeBeLNeST proportions. Elsewhere they aren’t afraid to threaten with aggression, but they also mix in a swinging waltz with a Santana-esque groove and staggered rhythms, along with a snippet of Italian folk. The one vocal track, “Il Conformista,” is a bit incongruous, as its heavy, dark, almost fright-flick soundtrack quality makes it somewhat out of place.