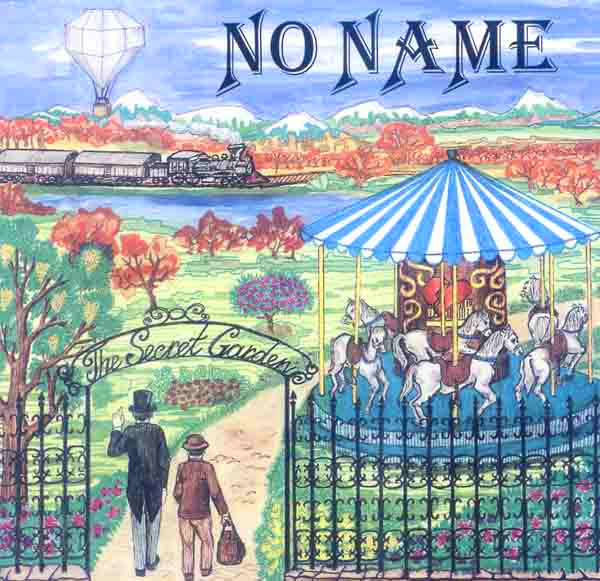 Firmly rooted in the "neo-prog" tradition, No Name delivers an album that should have some appeal to fans of similar bands like Marillion, Saga, and IQ. In fact, "Septagone," the second track on The Secret Garden, sounds almost exactly like Marillion's "Garden Party" in several places. Other than that, their music isn't overly derivative of any of these bands – with the possible exception of the lead keyboards, which tend to have that Marillion / IQ / Jadis monophonic melody line sound. Most of the tunes are straight time, major and minor chord numbers without too many changes within a given track, which can get dull after a while. The two exceptions to this are "Orient Express" and "A Tale of Mr. Fogg." Both these are twelve minute songs with lots more variety than the shorter "formula" songs like "The Eternal Spring," which doesn't really seem to go anywhere. There’s some nice drum and keyboard work on the album, especially the piano break in the previously mentioned "...Fogg" track. It's the coolest part of the entire album. Many classy cross-rhythms and poly-rhythms are used throughout the album nicely too, often with cool Saga-sounding staccato guitar accents. The band also uses a few guest musicians here and there. The most interesting cameo is the classical guitar on "Orient Express." No Name has many good ingredients, but some of their shorter tracks in need of more development keep the album from being consistently solid.