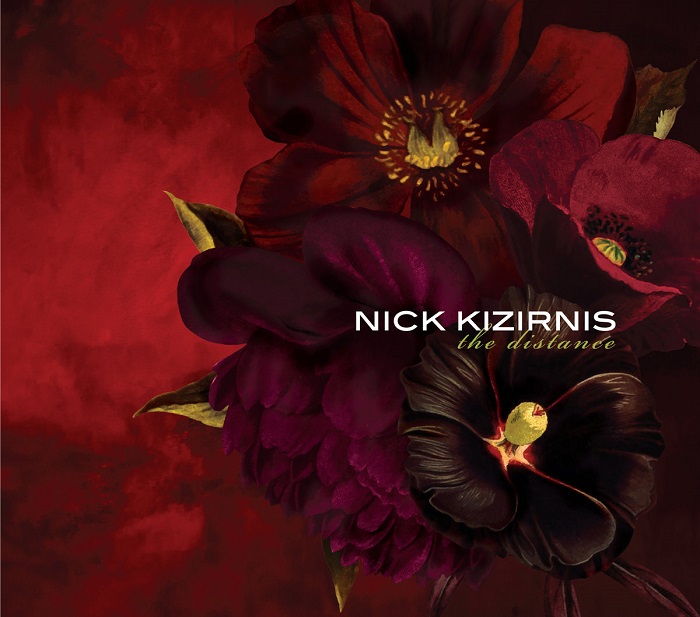 Around fifteen years ago we reviewed Kizirnis’ solo debut, Into the Loud, an unabashed collection of spirited post-punk rock tunes from his home base of Dayton, Ohio. Even at that early point Kizirnis demonstrated some surprising skills as a singer-songwriter and guitarist, working within what amounts to a trio configuration with an occasional backing vocalist. In the ensuing years he has released numerous singles, EPs, and demos, plus several albums as Nicky Kay and His Fabulous Kay-Tones and the Nicky Kay Orchestra, but he’s now gone full circle and releasing his new naterial under his real name again. The Distance could not be more different from his debut many years ago. This new collection of thirteen tunes, eleven of them originals, could best be described as alt-country Americana style. He’s got a top notch crew of musicians on hand, including guitarists Tod Weidner and “Crazy Joe” Tritschler, bassist and keyboardist Patrick Himes, and drummer Mark Patterson, and last but not least the star of the show, singer and cellist Kate Wakefield, who sings lead on every track and does an outstanding job bringing every tune to life, including the Tom Waits cover “Take It with Me” that closes the set, and Lucinda Williams’ “Am I Too Blue” from her 1988 eponymous album. Much of the material on the album, including the excellent title track, has a sort-of melancholy feel, even a bit bluesy at times, but Wakefield handles them with amazing strength and power. This time out Kizirnis doesn’t sing at all, instead sticking to guitar and compositions. One of his standouts is the upbeat tune “You Said Goodbye,” which Wakefield delivers with emotion to spare. Likewise on “Tell Me Tomorrow” she delivers a thoughtful lyric that is truly from the heart, accompanied by multiple layered guitar parts. The country rocker “Fading Away” makes for a sublime mix of power guitars and Wakefield’s vocal. All taken, The Distance is a solid collection of great tunes and arrangements, blessed by outstanding vocals.