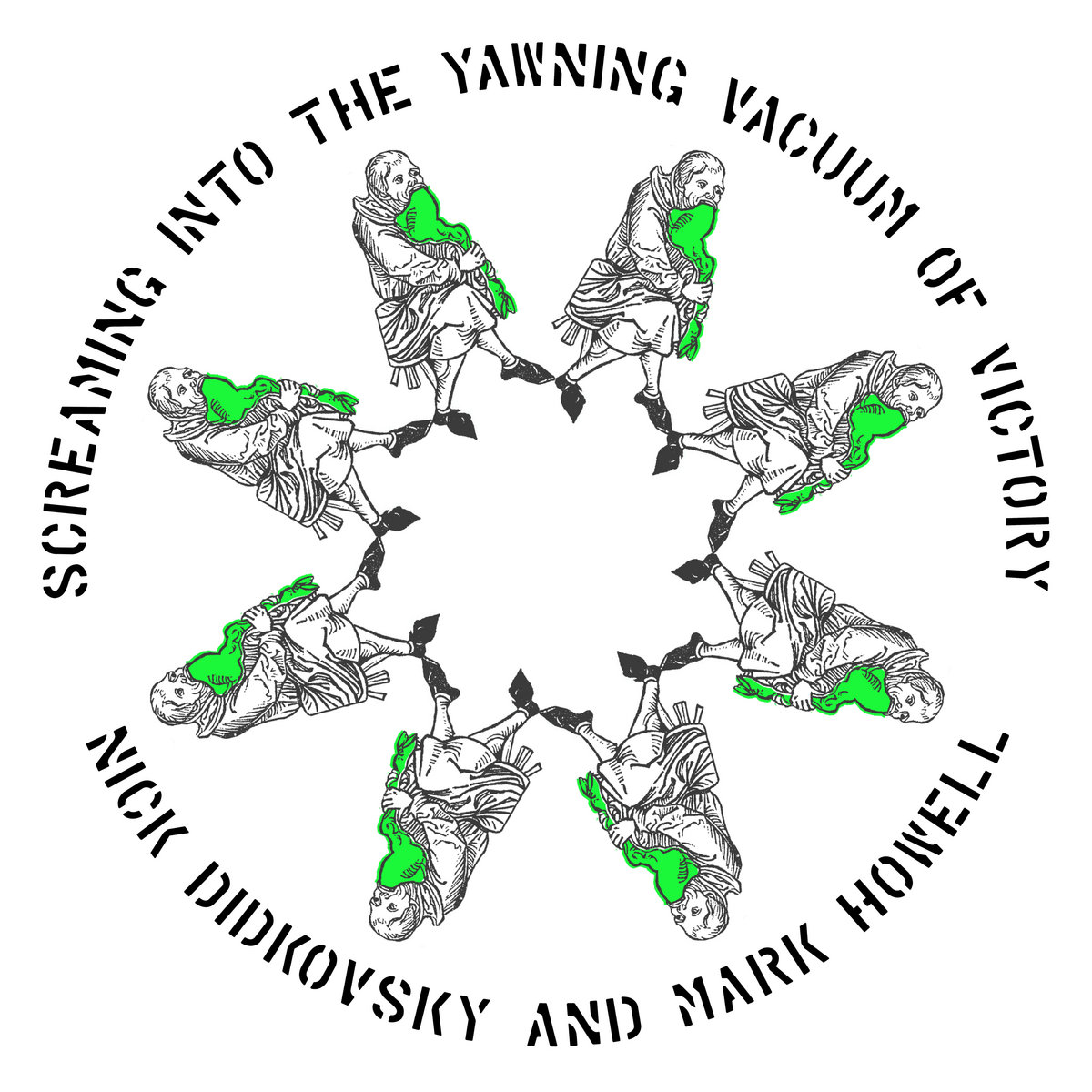 Both Didkovsky (Doctor Nerve, Häßliche Luftmasken, Chord and numerous others) and Howell (ex-Zero pop, Better Than Death, Curlew, and others) are veterans of Fred Frith’s Electric Guitar Quartet (along with René Lussier) dating back to the late-80s, recording the eight-part piece The As Usual Dance towards the Other Flight to What Is Not, and the two guitarists have remained friends ever since. On the occasion of Howell’s recent return visit to NYC in September 2021, the two guitarists found some time on two afternoons to record some of their compositions, the result being the twenty-one cuts presented here. Each brought eight of their own compositions, four are collaborations between them, and they also perform section “G” of the aforementioned Fred Frith piece, though this time as a duo instead of a quartet. So what does this sound like? Both guitarists are playing vintage Les Pauls through Marshall amps with no pedals and no effects of any kind, giving an overall raw, though precise feeling to the whole endeavor. There are vocals on a two of the tracks, though they are shouted and manic. Technically this is an EP, since the longest of the cuts doesn’ t quite reach two minutes, and many are well under a minute in length, the entire disc clocking in at only sixteen minutes! Regardless, this is one wild ride, most pieces very jagged and angular, but thoroughly brilliant as compositions go, the only soft spot being “Mighty Bunch,” which offers a relaxed feel as a bit of placidity in an otherwise busy set. Standouts include Didkovsky’s “Twitch Code” and Howell’s “Automagically,” as well as the co-written closing improv “Heat,” which could almost be right at home on one of the Chord albums, consisting mostly of feedback. And of course they do a brilliant take as a duo on the Frith piece. Despite the brevity of its component parts, there are a lot of great ideas presented here that any musician can appreciate.