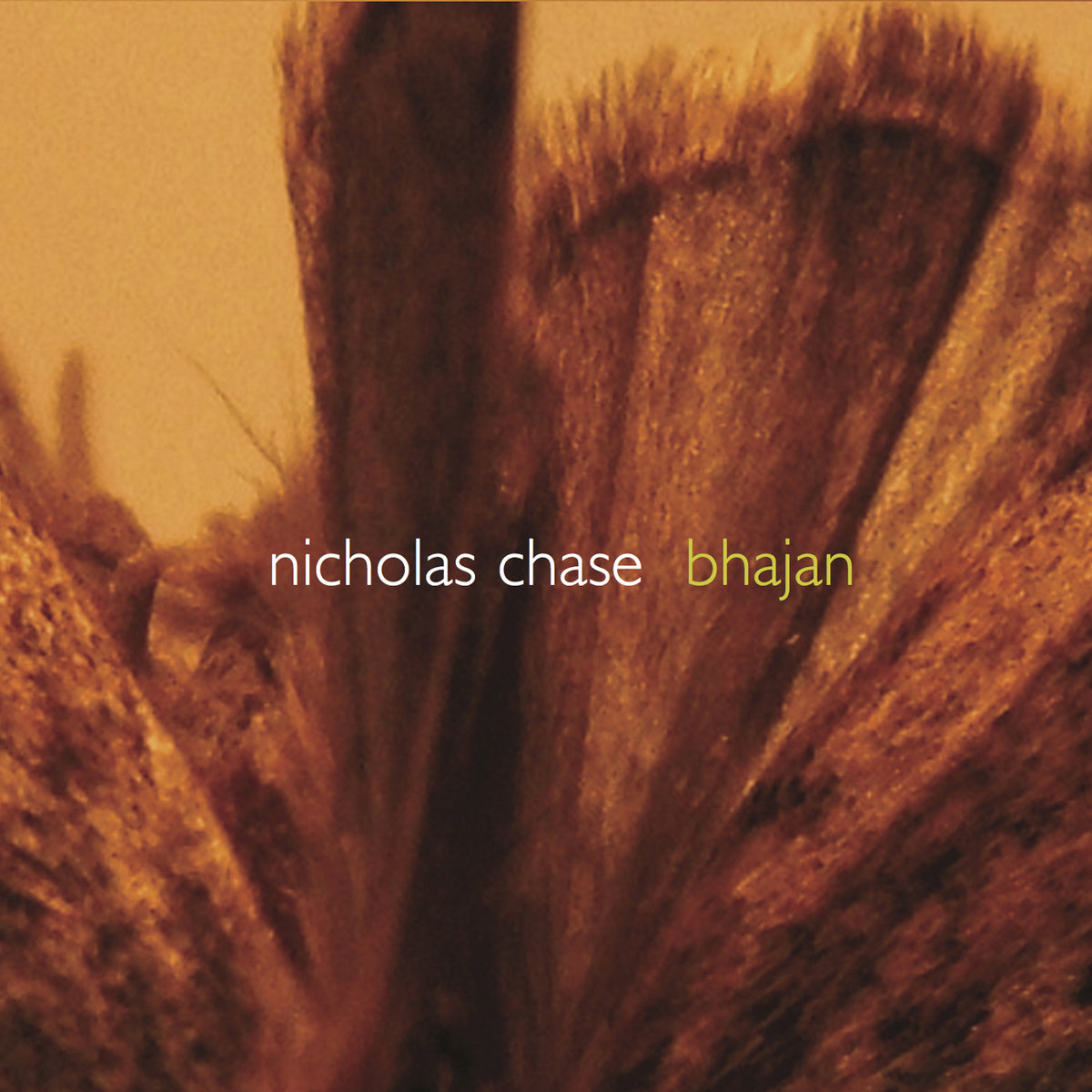 Composer Nicholas Chase has a number of releases to his credit, but this is the first time we have reviewed any of his works at Exposé — perhaps all of those six previous-releases offer something as innovative as what’s on offer here. Bhajan is an extended four movement composition for electric violin (played by Robin Lorentz) and computer and electronics (played by Chase) that clocks in just shy of 47 minutes. In the opening movement “Bindu,” electronic sounds skitter and swirl around the electric violin which is essentially playing variations on a single note over its entire eleven minute duration, with all sound occasionally dropping to silence before the interplay of ideas returns. The electronic sounds seem to stretch the sound like elastic in numerous directions while the violin remains the static force. “Drshti” is the next movement, again with the violin expressing variations on a single note (but a different one than the previous movement), while the computer captures those live violin strokes and plays them back in processed form, sometimes at various compimentary pitches creating a melody line, and other times just a few cycles off from the original, creating a beating effect. The third movement, “Japa,” features the electronics alternating with violin in creating an other-worldly exchange of melodic ideas, and much like the first movement uses a fair amount of silent spaces to punctuate the proceedings. The closing movement is “Bhajan,” and in a way similar to the second movement, the violin’s notes (a few different ones) are captured by computer and ghosted back at different pitches, offering subtleties in articulation, dynamics and timbre combining together to produce the end result. Overall, Bhajan as a complete work is fairly captivating and interesting, though in parts it sometimes drags on a bit.