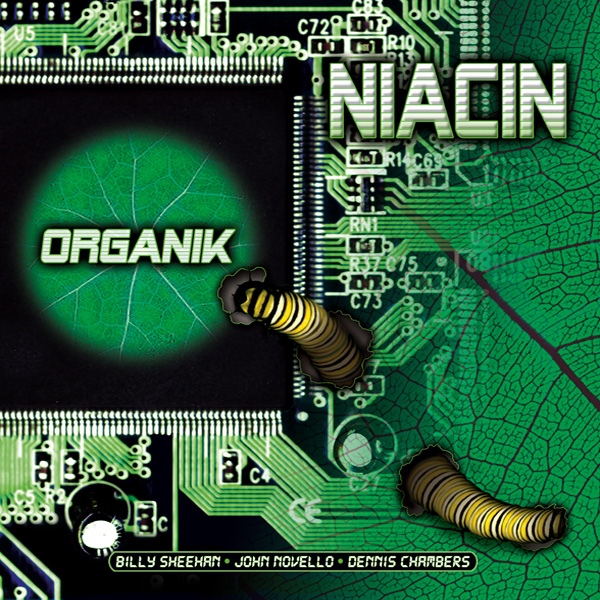 Niacin is back! For those yet to discover this band, especially those of you with a fondness for the sound of the mighty Hammond B-3, waste no time. As with past efforts, this collection revolves around the instrumental prowess of keyboard player John Novello, bassist Billy Sheehan, and drummer Dennis Chambers. This supergroup of ace musicians have caused a stir with their uncompromising approach to fusion rock that is heavily inspired by the late 60s/early 70s work of Hammond pioneers like Keith Emerson, Jon Lord, Booker T, and Jimmy Smith. And like previous albums (this is their fifth studio release), Organik offers a heady mix of progressive rock, jazz, funk, blues and fusion with Novello’s Hammond, piano, and Fender Rhodes always at the heart of the songs. Sheehan and Chambers dutifully support the arrangements, though each gets their own moments to shine, Sheehan in particular. But make no mistake – all eyes are on Novello for most of this album. Whether ripping through fusion workouts like “Blisterine” or pulling it back with the tasty and soulful vamping of “Magnetic Mood,” he never ceases to amaze. I suppose some might accuse Novello of merely ripping off the work of the original masters, though I question if these critics have a pulse. No, these thirteen tracks (including a delicious cover of Zappa’s “King Kong”) are the real deal and I can’t recommend these guys to Exposé readers highly enough, particularly those of you looking for a less metallic alternative to Derek Sherinian’s Planet X.