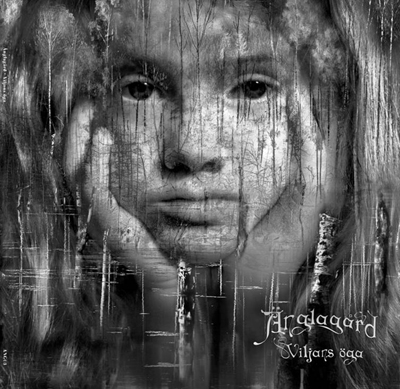 In the early 90s, Änglagård weren't the first retro-symphonic rock group to rise up in the genre's comeback years, but they were arguably the most important, and they certainly set the underground abuzz with their debut, Hybris. They followed that essential piece of art with a second studio album and one live album before they disbanded for many years. So many rumors abounded in the interim that after a while it seemed like a lot of them were just being made up, but eventually and with the massive expectations you'd expect, they finally released their third studio record — short one member — in 2012. Änglagård has often been unfairly labeled as a Genesis clone, perhaps a simplification based on the style and analog-based instrumentation, perhaps a result of their cover of "The Musical Box," although most likely due to the equal and opposite reaction to their lofty reputation through the years. But while they are obviously in that lineage, they were never constrained by it and always surpassed such a surface level approximation. What made the band such a singular and impressive act were their wide use of dynamic highs and lows, compositions that were extensively explored until the themes and melodies were both intricate and memorable, and a sense of longing and melancholy that had many varied shades of its own, until what seemed gloomy was really glorious and transcendent. Most collectives that last into two or three decades change drastically due to a collective maturity, but here that experience instead contributed to elaborating on what they had already accomplished without any major shift in direction that might necessitate a different audience. The maturity instead showed up as an expansion on their sound somewhere between the intense urgency of the debut and the intellectual and sometimes precarious writing of Epilog, with a much higher level of confidence that allowed them to widen the sense of the symphonic with guest musicians and allow the long pieces to find their own sense of space naturally. It was as if some of the sense of resistance had uncoiled and allowed what was already one of the best of the modern symphonic rock bands to actually improve. This was no small feat.