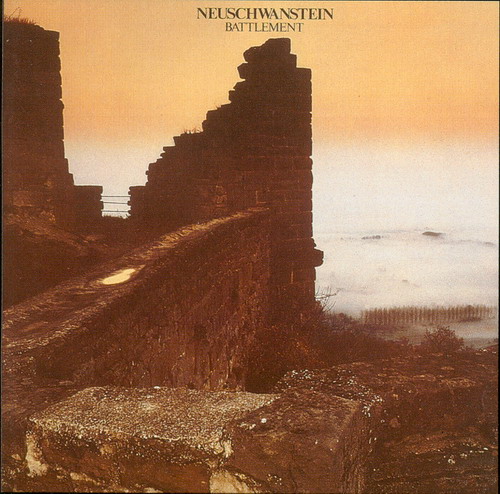 Neuschwanstein was a German band whose sole surviving artifact is their incredibly powerful album Battlement, originally released on the Racket label. The sound on the LP could be described as Planets period Eloy meets Moonmadness period CAMEL, with a touch of Machiavel thrown in too. Lots of Mellotrons, acoustic and electric guitars, unique keyboard work and plenty of interesting and colorful melodies, with a big pedal-bass sound. The vocalist sounds remarkably like Peter Gabriel; lyrics are all in English. The album has six long tracks, although Musea has added one extra track for the CD reissue. The original mix was just a little on the bassy side, so with good intentions, Musea brought the band's guitar player in to remix the album. Unfortunately, most of the bass has now been mixed out, and the vocals have been brought further to the forefront, giving the album a whole new character sounding more like Genesis than any of the aforementioned bands. This is one reissue I've been waiting for...I thought it would never happen given how obscure this album was, but I must admit I'm somewhat disappointed with the remix. Still, anyone not already familiar with the LP won't know what they're missing, for them this CD reissue should be acceptable.