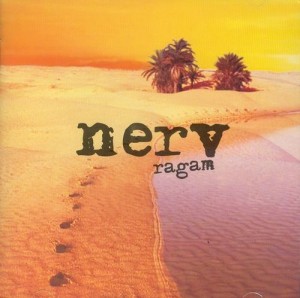 Since Discus first unleashed itself on the world in ’99, it seems like there’s a limitless number of Indonesian prog rock bands coming out in their wake, and this six-piece mostly-instrumental outfit from Bandung is certainly one of the best this writer has heard. Instrumentation featuring dual guitars (one doubling on keyboards), bass, drums, viola, Indonesian percussion, bamboo flute, and kecapi (traditional Balinese zither) brings together a modern sounding symphonic fusion of styles with touches of the ancient and traditional. Their sound shifts around seamlessly, incorporating a number of diverse ideas, but not in any extreme or jarring way, with the viola or flute typically assuming the lead roles while guitars and keys provide additional melodic support, coloration and texture. The rhythm section, augmented by the hand drums provides a brilliant complexity that supports the effort superbly. There are elements of jazz, classical, rock, symphonic prog, and traditional all working together here in varying degrees from track to track. Comparisons elude, but one might find in their highly spirited instrumental ferocity, something akin to an Indonesian Kenso or KBB. Vocals are used sparingly and mostly in a supportive melodic role, except on the twelve-minute “Karuhun,” where they explore various traditional themes along with a variation of the traditional kecac where voices are layered in a circular percussive order. Beginning to end, this is an outstanding release that just gets better with each listen.