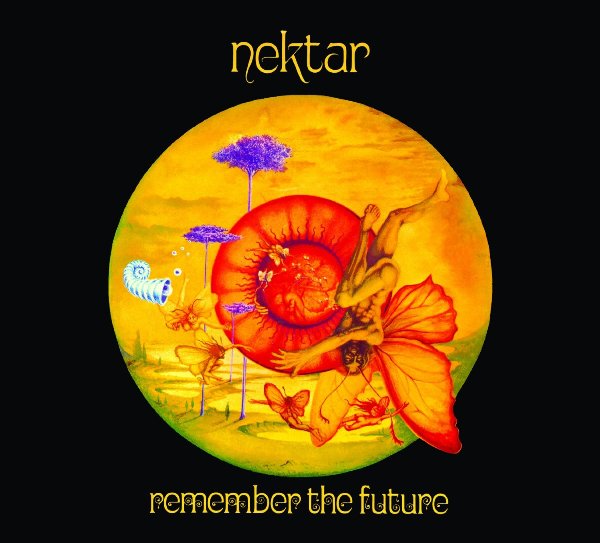 In late 1973 and early 1974, Nektar was at the peak of their powers, and this concept album was about to sweep over American audiences with generous radio play followed by a massive concert tour with light show. Their star was clearly rising, but it was all short-circuited by a less than stellar follow-up (the appropriately titled Down to Earth album, released in late '74) and a live album of the Remember the Future US tour that wasn’t released for another three years, as two separate single LPs, long after the excitement had faded. That said, one can still be awestruck by this achievement by the band that follows several other excellent albums.

Anyone who bought the first Bellaphon reissue in the 1980s will recall the mastering horror, taken from only two channels of the quadraphonic master tapes, missing much of the guitar that made RTF so powerful. It took many years, but the mistake was finally corrected on several subsequent reissues, and now we have at hand the 40th anniversary two-disc edition. The original album (ten seamless tracks broken only by the sides of the original LP) sounds pretty much the same as the last few reissued versions. The bonus tracks have all been relegated to the second disc, and include a couple of radio edits as well as a ten-minute condensed version of the entire album. Also included are the eight tracks from The Boston Tapes – Nektar's very first studio recordings from 1970 that were collectively supposed to comprise their first album, but ended up getting shelved. About half of the Boston tracks ended up being re-recorded, some released as singles, and those different versions included on the Sounds Like This album that immediately preceded RtF. But the original 1970 versions of those cuts, plus four more that were never revisited, including a cover version of the early sixties Brian Hyland hit "Sealed with a Kiss," offer a rare look at where it all began for Nektar. On a very close listen, those early tapes are in less than perfect condition, but their inclusion here makes this 40th anniversary set the definitive reissue.

Gregg Bendian - Jeff Gauthier - Steuart Liebig - G.E. Stinson - Bone Structure – Superstar improv jams can be inspired by many attributes including astute listening, profound musicianship and abandoned release. Varying doses of each of these ingredients is found in these twelve...  (2006) » Read more