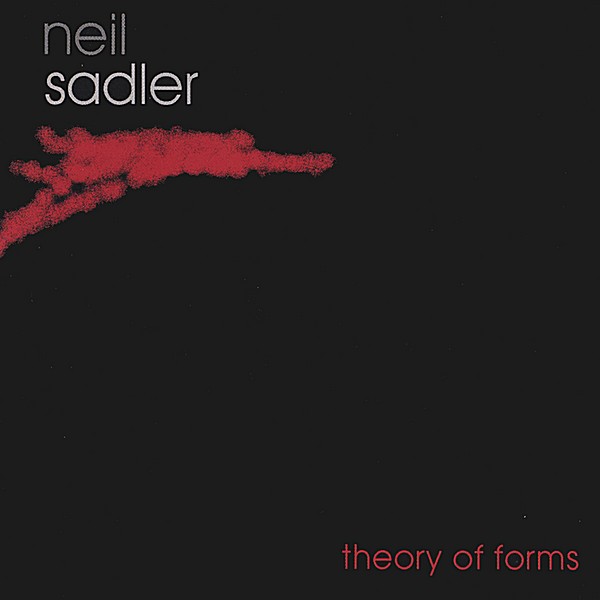 Theory of Forms is a high-energy blast of horn-powered energy almost from start to finish. Sadler is an accomplished composer, keyboardist, and percussionist, and he’s recruited a crew of Zappa alumni to realize his tightly arranged musical vision. Most prominent is guitarist Mike Keneally, whose inventive playing shines on every track. Other than the obvious link in personnel, though, the Zappa connection is irrelevant. This is electric jazz that simply kicks butt in complicated ways. In the midst of the tricky rhythmic arrangements, there’s a lot of improvisation. The opening cut, “Jazz Bastards”, features a great solo from trombonist Bruce Fowler and some wild Keneally guitar work. The second track starts with some eerie string synth, and works into a disjointed improv session with both muted and straight trumpet from Walt Fowler over a stuttery groove. These first two cuts illustrate the opposing poles of the album: insanely complex horn and guitar arrangements on the one hand, flowing improvisations on the other.

This recording packs the energy of early electric jazz classics by Mahavishnu Orchestra, Return to Forever, and the rest, but manages a style all its own. Sadler’s compositions are complex without being freakish, and he uses advanced techniques like bitonality and rhythmic cycles fluently. Casual listening may illicit a response like, “That sounds interesting – I wonder what’s going on.” Further study (or checking the web site) reveals some of the technicalities for those interested.

[Note: As of when the review was published, the composer's technical notes were available on the link below, which may or may not still be valid. - ed.]