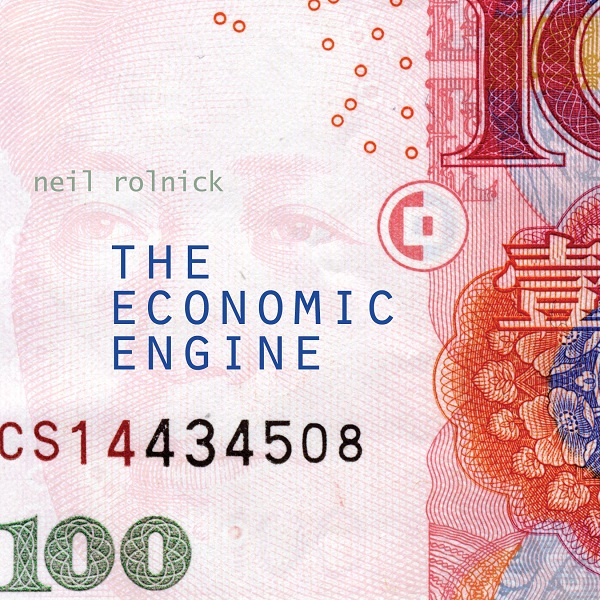 American composer Neil Rolnick has been working in the intersection of music and computers since the 70s, and this recent recording presents fully realized visions of several directions you can go from that intersection. The centerpiece is the title work, which combines an ensemble of Chinese traditional string instruments (Music from China) with a Western string quartet (the Todd Reynolds String Quartet) plus the composer on live digital processing. The result is a fascinating journey through the sounds of a vibrant emerging economy, with its nods to the past courtesy of the erhu, guzheng, and pipa, and its emulation of the West courtesy of the violins, viola, and cello; the digital processing represents the high-tech gloss found in Chinese cities. There are plenty of unexpected juxtapositions, accurately reflecting the reality of China. The CD is filled out with three other pieces, the first of which is a lengthy duet for piano and violin. Oddly enough for Rolnick, it includes no digital processing. In the liner notes, he remarks that he became so fascinated by the acoustic sounds he felt no need to alter them. In addition to requiring a fair amount of virtuosity, the piece is an interesting combination of modern classical with influences from jazz. “Uptown Jump” returns to Rolnick’s fondness of unusual instrumentation. It’s a rhythmic piece scored for flute, harp, and percussion. The album finishes off with a piece recorded in 1983 by the composer (on Synclavier) and a relatively large chamber ensemble.

Horslips - Roll Back – It was a sad day in 1980 when I read in Melody Maker that Horslips were calling it a day. The premier Irish folk-rock band had survived a decade without a single personnel change, gone through...  (2008) » Read more