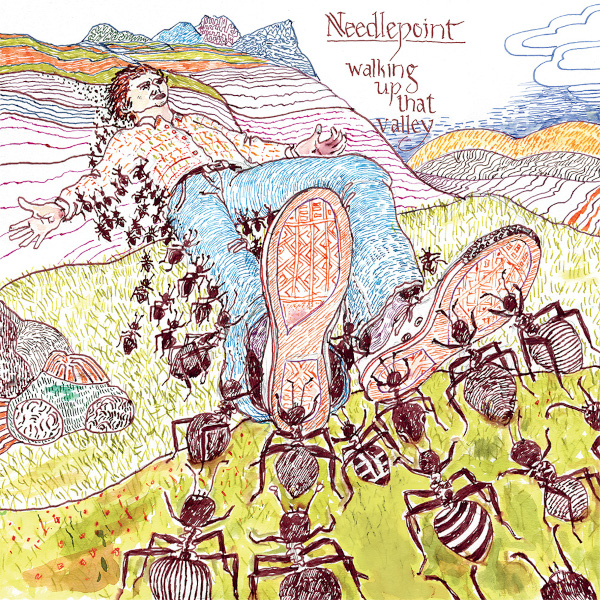 Listening to Walking up That Valley the first time was a very frustrating experience — as each track unfolded, I was more and more amazed that I’d never heard this band before. How could I have missed their four previous albums? Given the amount of new music I hear every year (generally well over 200 albums), it seems like Needlepoint would have shown up before this, but I suppose that’s down to the sheer volume of new music that appears each year. In any case, the closest comparison I can give for this Oslo band is Caravan circa 1972. These are tuneful, breezy songs that would fit right in with In the Land of Grey and Pink or For Girls Who Grow Plump in the Night. Lead singer Bjørn Klakegg even sounds a bit like Richard Sinclair sometimes, and the backing arrangements are full of electric piano, organ, and acoustic guitar, plus occasional flute and violin. Keyboardist David Wallumrød favors jazzy chords, and Klakegg’s guitars bridge folk and jazz styles. The rhythms section of Nikolai Hængsle (bass) and Olaf Olsen (drums) further the early-70s feel, with busy, melodic bass lines and subtle drumming. There are guest appearances on percussion, guitar, and backing vocals, and Klakegg also contributes violin, flute, and cello, though the arrangements are never dense or heavy. Every track on Walking up That Valley is great, and some of my favorite moments are when Hængsle hits the overdrive on his bass, which he manages to do without overwhelming the rest of the band, just adding a bit of extra heft to the low end. I count Needlepoint among my best discoveries of the last few months, and I’ve started investigating their previous albums, which have yet to disappoint.