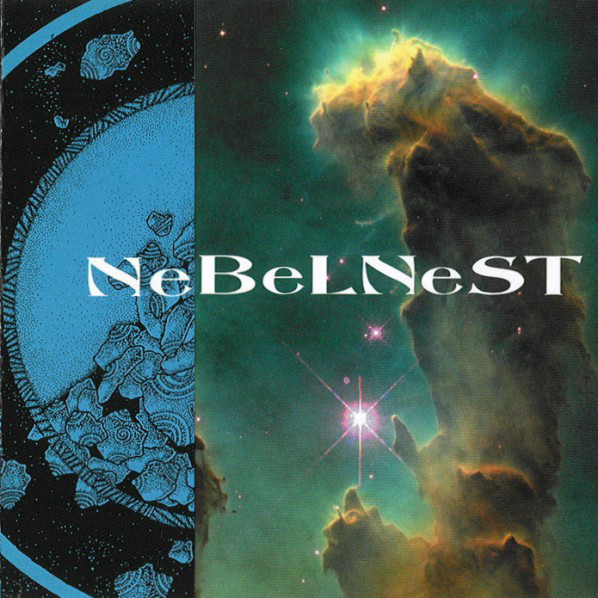 Rare it is, the debut of classic caliber. We saw one a couple years back with DFA’s Lavori in Corso, Änglagård’s Hybris before that; but they don’t come around too often. NeBeLNeST, let’s call them Nebels for short, are a French group, and one who have reached a surprising degree of mastery and evolutionary prowess with a music that gets its roots from groups like Pulsar, Arachnoid, Shylock, King Crimson, Ange, and others. This was recorded live in the studio for a total of six compositions and three improvisations, and displays a musicianship of extraordinary talent. Nebels are a quartet of the classic guitar / keyboards / bass / drums lineup, and the tones on all accounts show the same amount of innovation as the musical structures. The keys, for instance, show a number of different tones, including lavish amounts of Mellotron and weird organ and synth variations. The drumming is superb, driving the band to climax after climax of astounding proportions. The first piece is an improvisation, “Pooks Part 1,” and is strange and eerie with weird electronics, kind of like early Shub Niggurath. Early Iconoclasta and Shylock pervade the two-part “Psykial Trysm,” its angular, unpredictable melodic structures and thunderous drumming take the first part, “Shafoo,” into intricate tapestries of instrumental interweaving and into spitfire jams with the precision of a master. Its second part, “Najha,” is like early Pink Floyd played by Crucis, starting spacy and barreling into another heavy jam with sustained fuzz guitar. “Etude de Shimshot” starts with weird Mellotrons and goes into mid-period Crimson / Anekdoten territory. The strange, dissonant melodies are extremely original, with waves of dense keyboards backing up dark and stormy dynamics that climax Gong-like and recede. “Uncertain Journey” is another improvisation, much like the burned-out feeling of Shylock’s Île de Fièvre at first, but gaining intensity with strange samples, giving it an eerily jazzy feel like Nucleus. “Solilock” also gives nods to Anekdoten, but this is the first of three masterful compositions that stretch the boundaries of progressive rock in a major way. The intensity level this group begins to reach is close to the best Univers Zero and King Crimson, with incredible guitar and keys like Foxtrot Genesis. “Absinthe” is completely phenomenal, a nice jazzy beat only the beginning of an intensifying jam that begins spiraling heavier and heavier like the best moments of Tangle Edge or Melting Euphoria, and then dropping low before hiking it a notch for another jam that begins to double-time after a few measures again. Completely amazing music, with over-the-top, shredding guitar solos and a shattering avant-garde finale. “Crab Nebula” is thunderous with dissonant piano and sustained leads, like a cross between Univers Zero and Djam Karet at first, before building up for yet another astonishing jam, with Ozric-like synth effects and eastern modals that will bring the house down. And finally “Pooks Part 2,” a weird improvisation of complex dissonance and unexpected cymbal crashes. Of course, the first thing you’ll have to do is hit repeat. This one is the real deal, folks. Devastating.