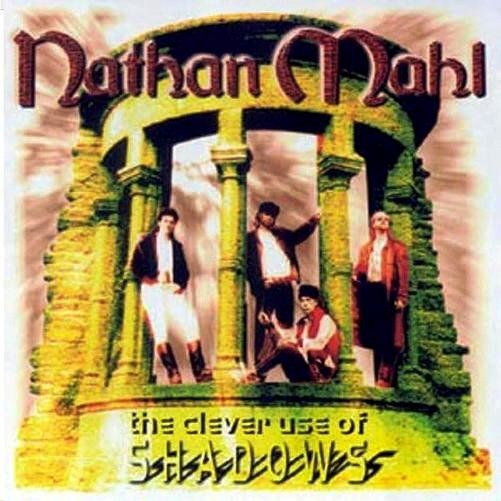 From what we’re led to believe, Parallel Eccentricities was only a small part of the Nathan Mahl story, one that spans 20 years and includes two parts of a trilogy that this new CD was originally the final volume of. The first two were never released. Nathan Mahl is a Quebec-based symphonic progressive whose last album (reissue reviewed #14) was originally released over 15 years ago. While many groups would have changed considerably over such a long-time span, Guy LeBlanc’s group, regardless of line-up changes, is still a smoking symphonic progressive rock group, and there is over an hour’s worth of music on this new CD to attest to it. Nathan Mahl represent a more complex variation on the more well-known progressive rock groups of the 70s; Yes (Wakeman period), Kansas, Dixie Dregs, and UK are all in the general vicinity. Likewise, Nathan Mahl will occasionally evince slight mainstream influences, but in all these are largely drowned by the waves of complex meter changes, keyboard runs, and lavish arrangements that this tight band belts out. LeBlanc’s board of choice is trusty Hammond, and he puts in a virtuoso performance, literally jamming all over the place. The entire band is great, bassist Claude Prince and drummer Alain Bergeron (not the flute / sax player from Maneige) are very tight, and Jose Bergeron plays a mean guitar while taking a fraction of the writing duties. The odd track out is “The Rubber Cage,” which switches from Wakeman-esque classical rock to Zappa-esque lyrical parody. With Parallel tie-in “Orgasmik Outburst II,” “Greensleeves” variation “Machiavelique,” and the definitive “Something Like That” (indeed!), Nathan Mahl can easily be filed next to some of the more impressive comebacks in recent history (like Mona Lisa or Zao). Let’s hope its not another 15 years until their next one.