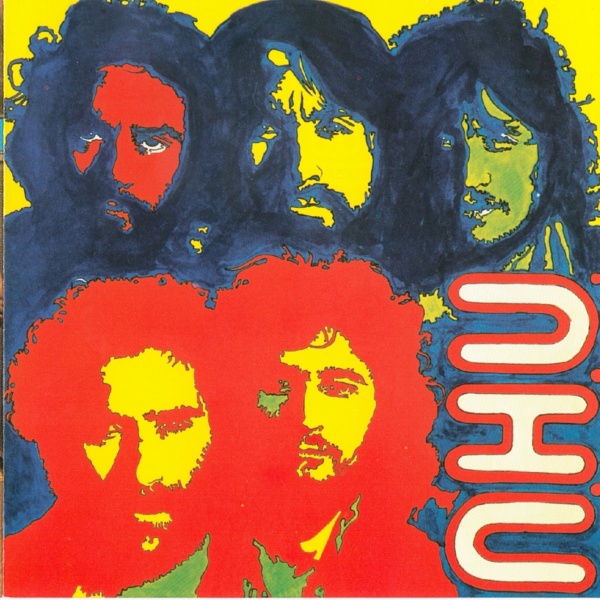 It's not every day you discover a band from the 70s that you've never heard before, at least not for me. So NHU, sometimes known as Grupo NHU, is a particularly happy find. This album, first recorded in 1978 but just now (so far as I know) seeing its first CD release, is a great example of classic progressive rock from Spain. The line-up, a standard bass/drums/guitar/keyboard quintet (exact musicians and instruments not listed), puts out a complex brand of mostly-instrumental rock with a bit of fusion, psychedelic, and symphonic mixed in. I can't really make any good comparisons other than to say they occasionally remind me of early Camel, with the prominent Hammond organ, and the rhythmic arrangements have a little of a Mahavishnu flavor, or (to pick something less well known) Isotope. Heavily effected guitar stands out on most tracks, and there are also some very nice acoustic moments. Keyboards are dominated by organ, with some piano and Mellotron for color. The vocals are in Spanish (or some dialect of Spanish) [it's Galician - ed.] and are unobtrusive. I have to admit that it took a few listens before the music really got its hooks into me, but I’ve grown to really enjoy it. I would recommend this overlooked gem to anyone who likes the classic 70s sound beyond the bombast of the big names.