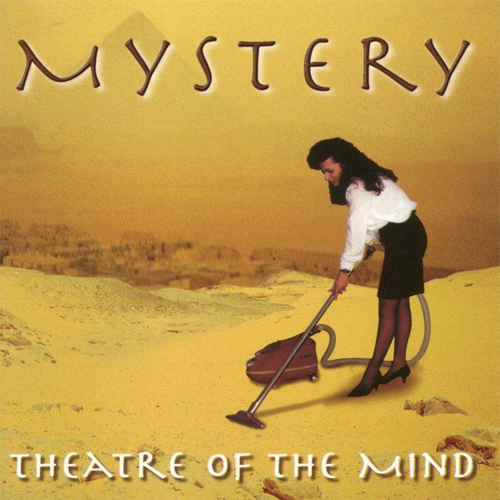 Straddling the line between mainstream rock and a more progressive angle, this excellent six-piece from Lorraine, Quebec covers an area that is covered often but rarely done so well. This is not neo-prog, but instead more of a (gasp) commercial late-70s / early-80s rock sound, a very honest approach which frequently crosses into progressive territory in a very natural way, not forced or by imitation. Certainly these guys could appeal to folks inside the prog-house who can appreciate the fine musicianship, or to folks outside the prog camp looking for compositions with a more directed approach and sense of purpose. Mystery's style is in a similar league as early Saga, early Perry-era Journey, or even Asia at their outset, yet one will find the musicianship and mastery of this style very advanced here. At first listen, lead vocalist Gary Savoie does bear some similarities to Steve Perry, and not being a big fan of Journey, that served as a minor annoyance for the first few plays, but the band's better side quickly steps through and reveals itself. The keyboards and dual guitars provide the rich backdrop on which Savoie paints his melodic stories. Guest musicians on flute, violin, saxes, and additional keys add variety to their basic sound. The rhythm section gets the job done, but rarely draws an excess of attention to itself. If the descriptions and comparisons so far have piqued the interest, then this one is definitely worthy of your attention.

Al has to run really fast