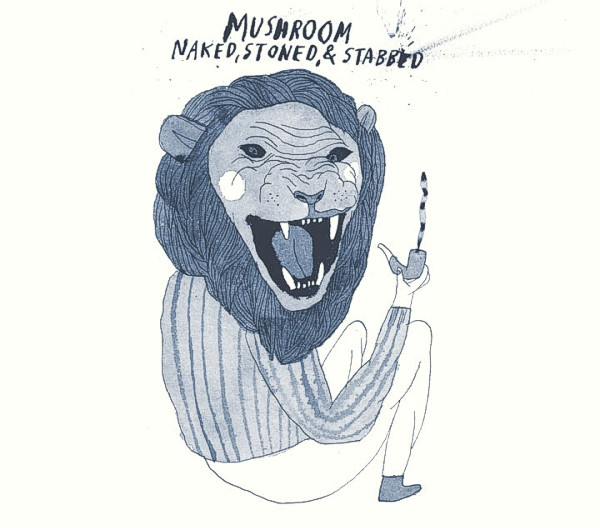 The opening cut, a gentle duo for flute and acoustic guitar, is the first signal that this might be a little different than previous Mushroom releases. In fact, what a listener will notice is that there’s a lot more variety across these thirteen cuts (all instrumental, save the last), probably due to an approach of not using the entire lineup on every piece, but only those players needed to achieve some minimal arrangement that suits the material. That material, like previous releases, tends to be a mix of loosely composed parts rife with improvisational gusts and flurries, and some fully composed and arranged pieces, the latter usually shorter vignettes for guitar and one or two other instruments. The gang is all here: Pat Thomas, Erik Pearson, Ned Doherty, Matt Cunitz, Josh Pollock, and new member Dave Brandt on a variety of percussives, track and need depending. Other members like Tim Plowman, Alec Palao, Emery Dora, and others participate as well, though to a lesser degree. Much of the acid-jazzy improv feel of some previous Mushroom outings (although there is some of that here, and done very well) has been replaced with a more acoustic based introspective approach with kosmische delivery. The exception is the closer, “Singing a Song in the Morning,” a great song originally by Kevin Ayers (on his Odd Ditties), covered splendidly by Mushroom, with vocals by Sonya Hunter, Pearson, and (through a megaphone) Pollock. All taken, another worthy addition to the Mushroom oeuvre.