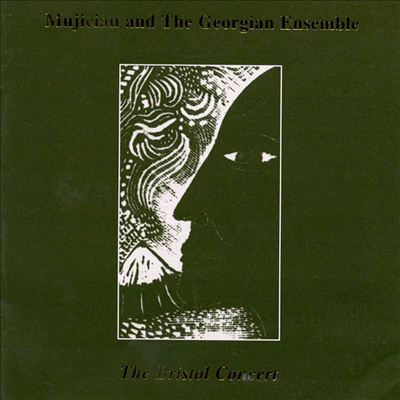 Flashback to 1989: KeithTippett had traveled to the remains of the Soviet Union to recruit some local talent for the prestigious Bath International Music Festival. Little did he expect at the time that the pianist would encounter a set of eleven capable Georgian conspirators which would start the seed of what would become a brilliant live collaboration recorded by the BBC. Why this recording has remained dormant for nearly ten years is an outrage. since the quality of the individual performances is simply transcendent. Tippett sifted through his musical compositions to select a set of pieces not necessarily free-based to interact with an eight-piece brass section along with additional electric guitar and voice. Mujician is firmly based on inspired improvisation and it's stirring to hear the fused ensemble interact on such a sympathetic level. At times I was surprised how much the presentation resembled portions of a finely hewn Magma gig and could later evolve into the hard bop of "A Loose Kite." Also included is a Mingus-inspired track along with a reprise of Tippett's British jazz classic, "Septober Energy." Notable performances include Enver Khmirev and Paul Roger's opening dialogue between trumpet and upright bass on "Brass Wind Bells." David Masternov's restrained lead guitar on "The Irish Girl's Tears" is also noteworthy for warmth and length. The definitive track in the show must be "Cider Dance," where the Russian brass section's free section deteriorates into a strong theme with Julie Tippetts paralleling the melody line. Special thanks must be given to the perseverance of the producer for making this essential recording available to an appreciative public.