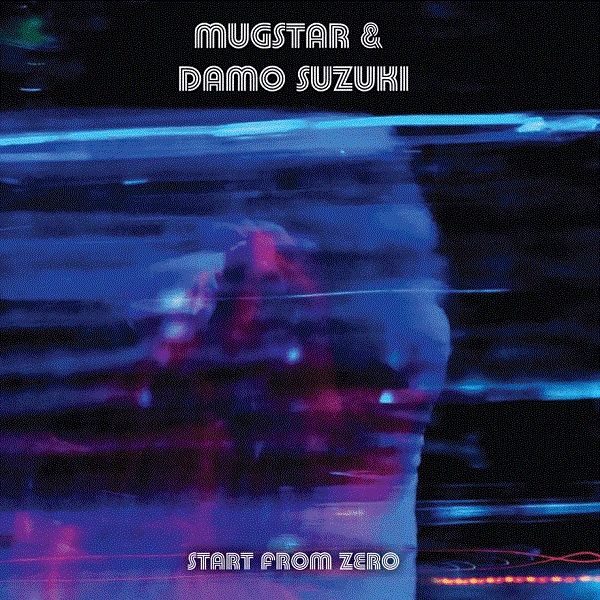 Those in attendance on a hot summer night in 2012 in Liverpool, England witnessed the rare one-off meeting of the legendary Damo Suzuki and British neo-Krautrock/Space Rockers Mugstar. Famous for his improvisations with Can, Damo requested Mugstar not to practice or figure out any music prior to the performance, as he believed the performance should literally “start from zero.” I would expect this approach to be pretty risky, but it amazingly worked! This blue vinyl LP, Start from Zero, captures the entire 45 minute performance divided into four tracks: “Waken to the Night,” “Subway Sound,” “Innanewah,” and “Zero Coda.” After a few warm up echoed phrases from Damo, Mugstar and Damo immediately lock into motorik grooves powered by thundering bass, drums, head-spinning double wah-wah attacks, and eerie ethereal passages. Not only does Start from Zero showcase Damo’s talents, it also demonstrates what Mugstar is capable of doing. I have only heard their studio output spanning the last five years and Start from Zero illustrates that they can recreate their sound with no preparation. The entire performance is captivating spanning different emotions and tempos. Though not anything at all like Can, Start from Zero will surely please even the most jaded of Krautrock fans. Quite an interesting and remarkable release!