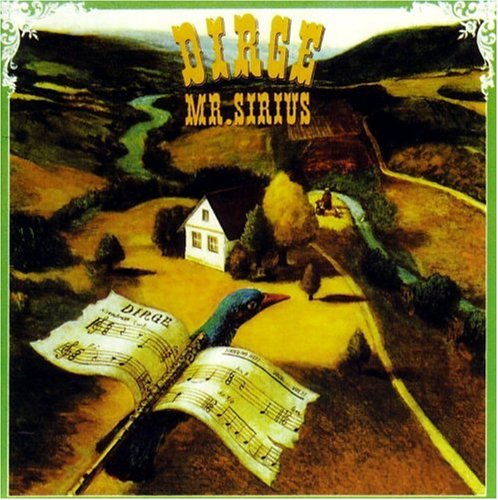 When considering the finest releases of the Japanese symphonic rock scene, the first two albums by Mr. Sirius come to mind immediately, not only for their apparent absence of any immediately obvious influences, but also because of the crafty compositions, superb musicianship, tight arrangements, and outstanding vocals of Hiroko Nagai. Those albums are Barren Dream (1987) and Dirge (1990). Both were only sporadically available in the states and quickly went out of print; now Dirge has been reissued, and hopefully the first will be soon to follow. The lineup at that point was Kazuhiro Miyatake (aka Mr. Sirius — flute, acoustic guitar and keys), Hiroko Nagai (aka Lisa Ohki, ex-Pageant — vocals and chorus), Chihiro Fujioka (drums), Hidehiko Muraoka (bass), and Shigekazu Kamaki (ex-Mugen, later of Kehell — guitars). The synergy of the five musicians is evidenced throughout these seven tracks: it's not clear if the the pieces were penned by Mr. Sirius himself or Mr. Sirius the band, but each of these is truly a group effort, a solid and powerful statement by five musicians sharing a common purpose. Their sound relies on gentle subtleties (acoustic guitars, flute) juxtaposed with moments of power (heavy symphonics, screaming guitar leads), often seemingly disconnected, evoking a different feeling from one moment to the next. Musically and emotionally, Mr. Sirius have very successfully done what The Enid tried to achieve on Region of Summer Stars, or Quasar failed to do on The Loreli — that is to integrate a symphonic texture into the very fabric of rock, giving the result an orchestral character. Add to that some periodic reminders of Gentle Giant, Genesis, UK, possibly even some vague Canterbury characteristics at times, and you're getting close. Noteworthy tracks include the gentle "Sea Dirge,” "A Love Incomplete,” and the 22 minute "The Nile for a While,” an emotionally complex and melodically sophisticated tour-de-force that delivers while giving ample evidence that there's still plenty of room for growth and exploration within the symphonic realm. Excellent from beginning to end. Lyrics are in English, by the way.

Blacklight Braille - Seachange – Blacklight Braille is a name I've been seeing for years but only recently decided to check their music out. So for any seasoned BB fans out there, please keep in mind this is this writer's first...  (1994) » Read more

Was Procol Harum Past Their Peak in 1976?