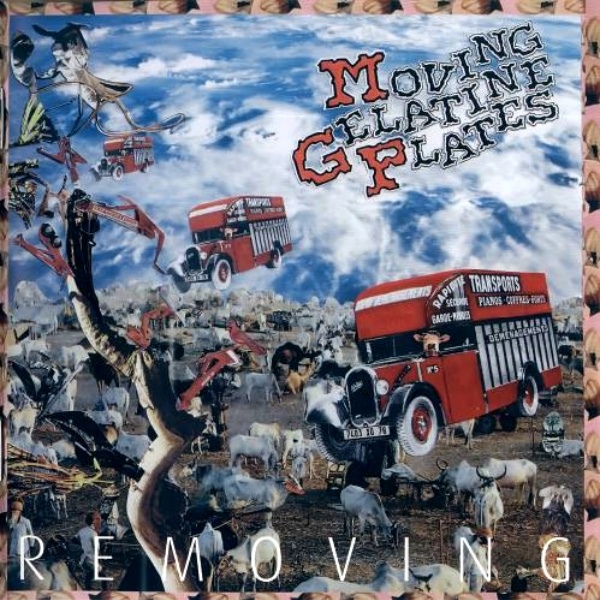 Yeah, my jaw dropped in astonishment too when I saw a new MGP disc come falling out of the package. Who woulda thunk, after all these years? But on closer examination I only saw one familiar name in the lineup – that of original bassist and vocalist Didier Thibault, who along with new guitarist Maxime Goetz is responsible for most of the compositions here. Okay, it’s been almost 35 years since Genius Hans, there’s bound to be some personnel changes; heck, even the Mothers of Invention had nearly 100% turnover in only about eight years, so it was time to give this new disc a spin with an open mind, and so it was done. This is definitely not the sound of MGP in 1972, but it’s still pretty amazing stuff, full of tasty arrangements and subtle complexities, featuring seven players covering guitar, touch guitar, various keyboards, drums, bass, cello, violin, saxes, flute, trombone, and trumpet. As before, their sound leans to the jazzier side of rock, and in a few cases the rockier side of jazz, now with some distinct chamber elements woven into the sonic fabric. Only a few of the nine cuts feature vocals (lyrics in English), and those few tend to have a bit more of a smooth, melodic, well produced finish, hinting at a sound comparable to J.L.Ponty’s mid 70s work or similar fusionesque styles. Other pieces delve into more complex, less predictable arrangements that keep the listener fully engaged. All taken, a very worthwhile release.