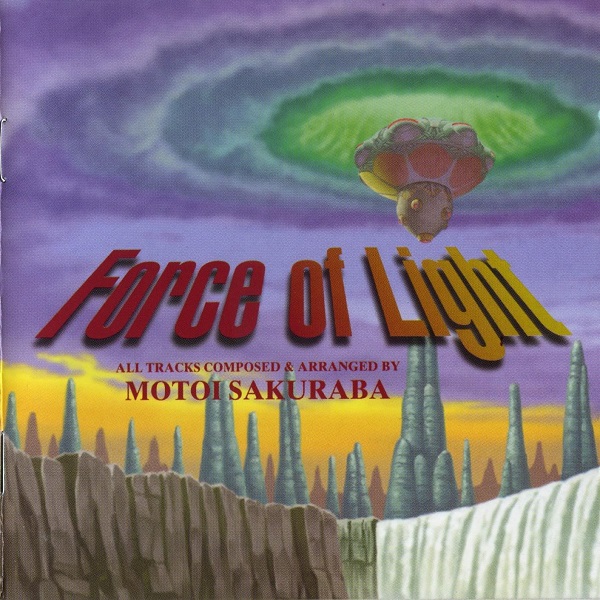 Sakuraba is one of Japan’s most impressive keyboard players, from Deja Vu through Force of Light, his fourth solo album. This is basically music for a video game, and is an alternate version of the Japanese soundtrack for the game Shining Force, geared more to a progressive rock audience. The sound is typical of the modern Japanese symphonic rock approach, with a keys / bass / drums lineup similar to Arsnova or the current Gerard line-up, yet more orchestrated with digital string patches. Analog fans need not apply here; this is fully digital and highly technological, even though there is mock Mellotron, piano, and other pseudo-analog patches. Tones matter less when the music is as dynamic and as well played as these ten tracks, with a wide variety of different rhythms and lavishly orchestrated keyboard symphonies that are played with veteran dexterity and talent. One hopes an album of this caliber will be given its due, as it should appeal to ELP, Enid, and Italian symphonic rock fans, especially with the rich romantic melodic content, flair for drama and bombast, and aggressive rock edge. Sakuraba is definitely still a progressive rock keyboardist, and I can imagine that this must be one of the best video game soundtracks ever. Its only downside is the almost homogenous approach along the CD’s length, the polished sound making all the song titles hard to tell from one another. No matter — this one is still recommended to fans of vintage prog played with a 90s edge

Ossi Duri - X & L'Ultimo dei Miei Cani – Ten years after his death – that’s what this “X” marks – one sees little decline in the interest in and dedication towards the music of Frank Zappa. The “X”...  (2007) » Read more

Getting "Dense" at Gouveia