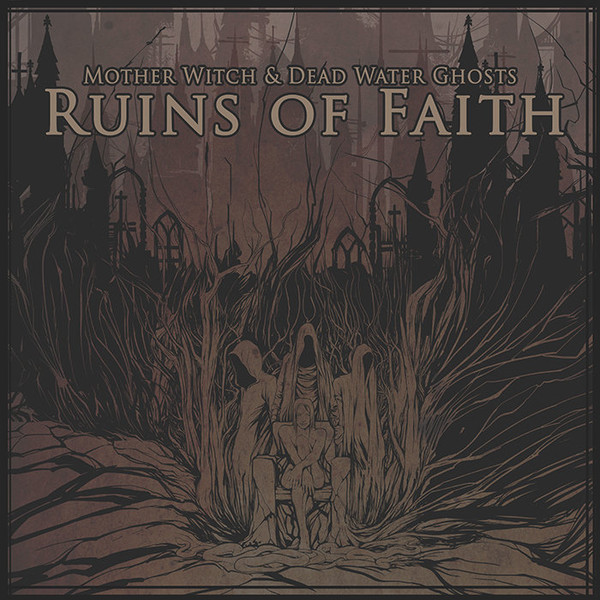 The words Mother Witch & Dead Water Ghosts and Ruins of Faith just by themselves conjure images not far from what you will experience listening to the five tracks by these Russian doom rockers. Fronted by Maria Teplitskaya (vocals), bandmates Vitaliy Zhavnerchik (bass), Maxim Sorochuk (drums), Evgeniy Basyul (guitar), and Sergey Darienko (guitar) lay down some very heavy dirge rock grooves. Unlike Scandinavian death metal, Ruins of Faith is a quite palatable amalgam of metal and prog rock. The opening track, “Subterranean V,” introduces the band with dark power chords and proggy psych guitar riffing. Then deep rumbling and wordless vocals are the harbingers of “Storm,” a Black Sabbath inspired dirge with cool fuzzed guitar riffing augmented by Maria’s dynamic vocals. “Grace” then picks up the tempo, supported by Maria’s energetic vocals. The title track is the high point on the album, starting from a sparse intro it blossoms into a funereal bouquet of dark doom prog with soaring guitar riffs and Maria’s siren-sexy voice tempting the unwary listener. The album closes with “Two of Us,” an engaging melodic slow gothic song with an ethnic mid-Eastern theme. Though Ruins of Faith may not be something to lighten your mood, it does have its place. Check out their Bandcamp page and, if so moved, invest in a personal copy.

Various Artists - Back against the Wall – Billy Sherwood has certainly found a comfortable niche to show his knowledge and appreciation of classic 70s rock. Gathering an all-star cast to re-create the second most well known Pink Floyd...  (2007) » Read more