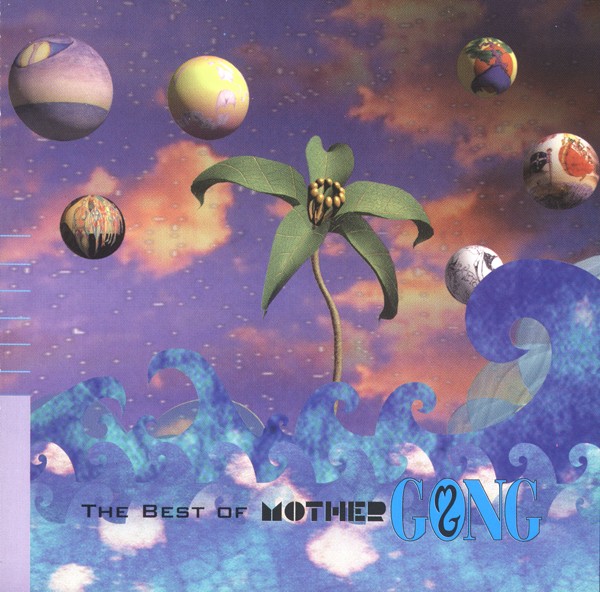 I suppose there's a large segment of the record-buying public (not many Exposé readers among them) for whom the concept of The Best of Mother Gong would be a strange one: that there should be a band called Mother Gong, let alone a set of music which could be called their best. Well, Mother Gong does exist, and have in fact existed since 1978, releasing 16 albums of material on a variety of labels. Mother Gong is a sort of collective centered around vocalist Gilli Smith, and consisting of a variety of musicians (13 incarnations of the band are featured on this collection). Making appearances here are Robert Calvert, Guy Evans, Didier Malherbe, Mike Howlett, Steve Hillage, and many others. And the music? If you've heard Mother Gong you know what to expect. If not, you're in for the prime exponents of spaced-out pagan Goddess-worshipping goofy hippie music in the world. Gilli Smith's trippy voice is the centerpiece, breathily reciting her stream-of-consciousness poetry about Mother Earth, love, and religion. The background music, largely improvised, tends toward the jazzy, with violin or sax solos over spacey grooves. From time to time the band will come together for a tight composed section, but the general feel is quite loose. I'm not sure if it's possible for most people to take Gilli Smith seriously, but even if you don't, there's some good music here.