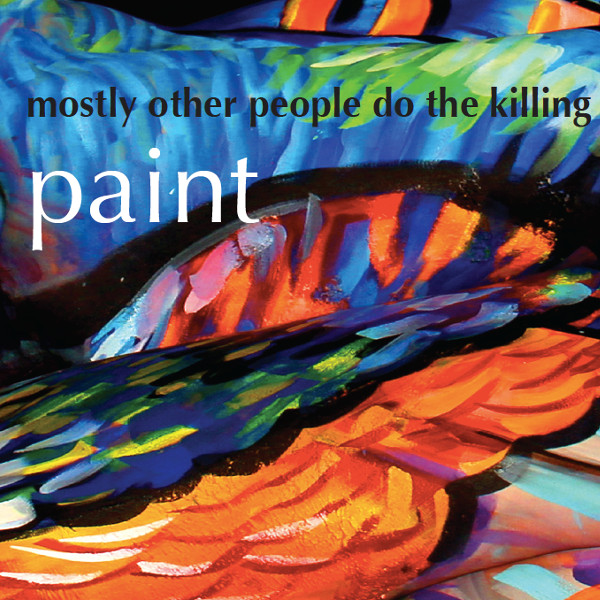 Seems like it was only a few of months ago that I was writing about Loafer’s Hollow… oh, it was. That album presented Mostly Other People Do the Killing as a seven-piece group, but over the years, it’s generally been a core quartet with occasional augmentations. Founding bassist Moppa Elliott is the composer and driving force, and for this outing he’s pared it down to a trio with Kevin Shea, who’s been on drums since the beginning, and pianist Ron Stabinsky, who came in with 2012’s Red Hot. Notably absent are trumpet and sax, which had previously been the stars of the arrangements, though Stabinsky is more than capable of filling out the sound with his hyperactive keyboard work. The essence of MOPDTK is a broad knowledge of the history of jazz approached with a highly irreverent attitude. Virtually everything is on the table, and in their wanderings, you’re just as likely to hear echoes of Led Zeppelin as Duke Ellington — well, actually Ellington is more likely, but Zep isn’t out of the question, as I can attest from catching the release party for this album. All three players have mastered the tropes of jazz, from swing beats to walking bass lines to extended blues chords, and creatively blend them with touches of avantgarde and an adventurous sense of humor. They’re mischievous kids messing around in the playground of jazz. And Paint is actually my favorite MOPDTK album so far. It has all the far-ranging intelligence without the more difficult sounds that the sax and trumpet brought to bear. Shea is a maniac on the drums, diving into double or triple time at unexpected times, or crossing swung beats with straight eighths and who knows what else. But the others take it all in stride, often with Elliott holding down the underlying tempo. Do you remember those classic comedy bits with Victor Borge at the piano, where he’s clowning around but you know he’s got impeccable technique? Mostly Other People Do the Killing is like that in the form of a jazz combo.