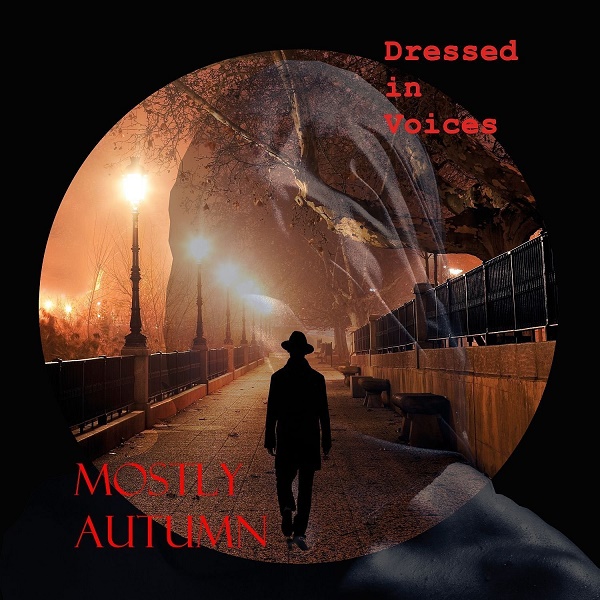 Mostly Autumn has been around since the 90s and released a zillion albums during that time, many of which are documents of live shows in their native England, but this is the first time this writer has had the opportunity to review one of their releases. Indeed, I have never even heard any of their earlier material, though I did witness a very exceptional live show by the band several years ago at BajaProg, and it’s one that I’ve not forgotten. At that time the lead singer was Heather Findlay. Somewhere in the interim, she was replaced by the current lead singer, Olivia Sparnenn-Josh, who carries on the tradition most capably. Guitarist, primary songwriter and de-facto bandleader Bryan Josh also shares vocals throughout the fourteen tracks adding some variety which definitely prevents their sound from becoming samey. The band is rounded out by another guitarist (Liam Davison), keys (Iain Jennings), and a very solid rhythm section of bassist Andy Smith and drummer Alex Cromarty. Anne-Marie Helder (Panic Room) contributes flute and backing voice on the final track, and Troy Donockley contributes bouzouki on the standout “Skin on Skin,” and tin whistle on the follow-up “The House on The Hill,” where B.J. Cole also contributes some beautiful pedal steel, reminding me a bit of some of the country flavored songs from Sandy Denny’s solo canon. But make no mistake, this is a solid prog band with some folk and Celtic influences, but the stronger influences seem to be Waters-era Pink Floyd, Renaissance circa A Song for All Seasons or Azure d’Or (not a lot of the classical piano sounds from the earlier Ren albums), and the listener might more than occasionally be reminded of their contemporaries Iona. Dynamics shift from song to song, from subtly beautiful piano and acoustic guitar driven pieces painted with vocals, to powerful anthems – one could imagine the band on stage in front of a house full of swaying fans with their bic lighters held on high. There’s a lot of variety here, which is what keeps this disc energized and interesting from the first measure to the last. Perhaps it’s time for me to explore their back catalog!