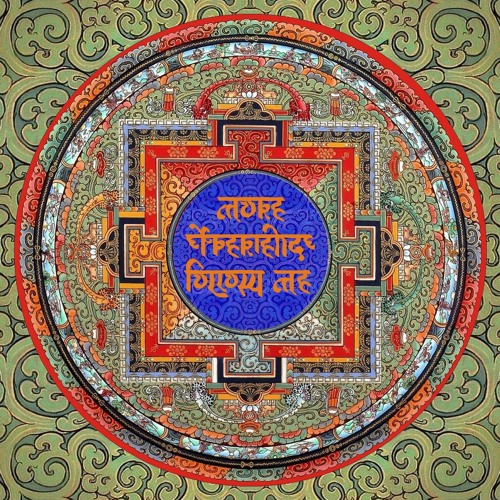 One will be forgiven if they are unable to read the band name and title on the front of this beautiful CD package; just try a little harder to move your mind back to a time when such things were the norm. At least you don’t have to look at it backwards in a mirror like some of the vintage Grateful Dead albums. Only a minute or two into the opening title track it becomes evident (effected voices, vintage organ, fuzzy guitar with auto-wah) that the band has set their sights backward to the sounds of Saucerful era Floyd (or even earlier) as well as the general psychedelic feel of much of what was coming out of Britain in the late 60s. The second cut introduces tabla and more of an overall Indian influenced melodic sound that was also the thing to do in the mid-to-late 60s, as practiced by the names of the day (Beatles, Donovan, etc.) brought forward 40+ years by this five-piece outfit led by Piotr Dudzikowski, who wrote, recorded, mixed, and mastered all of the seven cuts here; he also sings and plays most of the instruments throughout except for drums and percussion, organ and piano on certain tracks, and some female vocals on two. I’m not clear on whether this is strictly a studio configuration or whether the other four take a greater role in the band’s live performances. There’s a nice jazzy break in “Now We Are Dreaming” that adds an surprise of an entirely different flavor to their sound at that point. The vocals, when not heavily effected, are generally soft and gentle, treated with a slight echo effect, as typified on “Flower F\for Us.” Each new song takes on a new aspect of an age-old style that encapsulates that moment somewhere between 1966 and 1969 when creative innocence seemed to be a more important ingredient in music than the strict formulas that replaced those heady ideals. The closer, “We Couldn’t Get Much Higher,” does seem to be a bit derivative of the Stones hit “19th Nervous Breakdown” in parts, but that’s not necessarily a bad thing, they do enough with it to make it an interesting way to close the album. Beginning to end, this only gets better and better with repeated plays. Indeed, fire up a doob and let this music take you back to a better, or at least more interesting time. Great stuff.