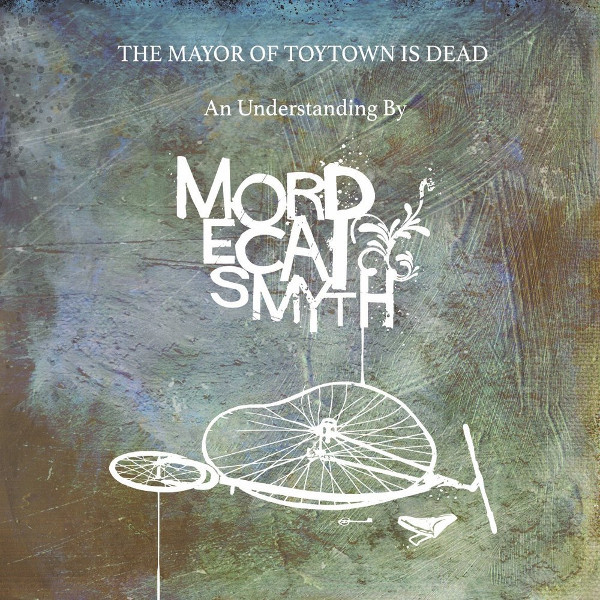 In November 2017 Mega Dodo Records will be releasing the new album from the enigmatic Mordecai Smyth. It has been three years since his debut release as the first album on Mega Dodo Records. Through his association with Icarus Peel, Crystal Jacqueline, The Honey Pot, Fruits de Mer Records, and Mega Dodo, we see a mature Mordecai emerge in the nine new tracks on The Mayor of Toytown Is Dead. The nine songs explore different aspects of psychedelic, progressive, Krautrock, and Canterbury music, supported by Mordecai’s wife Tabitha and a number of guest musicians including Dave Lambert (The Strawbs and The Fire), Icarus Peel, Crystal Jacqueline, and others. The album opens with “Billywitch,” a trippy middle-Eastern themed song about a May bug that ends with buzzing wings. “River of Sleep” is a somnolent psych-prog-jazz hybrid with beautiful sax and dreamy Mellotron. “Far from the Crowd” borrows the Mellotron theme from “The Court of the Crimson King” to accompany the vocals for an exquisite proggy arrangement. “Heading Back West” is a West Coast psych ballad drawing comparisons to The Byrds and The New Riders of the Purple Sage. “Golf Girl” is Mordecai’s trippy cover of Caravan’s song that Mordecai chose to slow down a bit and add some tasteful Mellotron for the break. “A Knife and a Key” takes us back to mid-Eastern themes with Tabitha jamming on sax with Mordecai for the final minute. An interesting departure is the Slapp Happy / Dagmar Krause styled and upbeat song “Happy.” The one instrumental tune, “Stay with the Pulse,” has a catchy Krautrock melody that reminds me of Bowie’s “V-2 Schneider.” And the album closes with “Dissent into Chaos,” a syncopated song with an excellent electric guitar solo. Though the Mayor may be dead, the music will live on. Be sure to snag a copy for yourself when this album hits the streets.