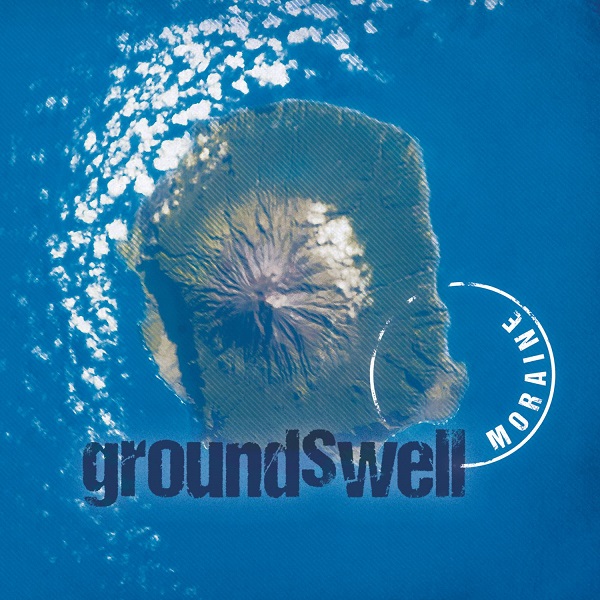 Far from just another Moraine album, this Seattle based five-piece is evolving by leaps and bounds with each new release, and Groundswell offers ample evidence of this growth. The band today includes founder and guitarist Dennis Rea (also covering electronics and Mellotron), James DeJoie on baritone sax and flute, electric violinist Alicia DeJoie, eight-string Stick bassist Kevin Millard, and new since the band’s last release – drummer Tom Zgonc. The compositions, with the exception of two pieces by persons outside the band, are written individually by Rea and James and Alicia DeJoie, excellent composers all three. The material covers a lot of ground, from the thrashy and bluesy rocker “Gnashville,” to the impressive chamber-like mood piece “Spiritual Gatecrasher” that slowly evolves into some inspired but measured improvisation over its seven minute duration. Most of what’s here tends to exist somewhere between the worlds of jazz-rock fusion (with some strong hints of early Mahavishnu, probably more because of the powerful use of electric violin leads than anything else) and a complex crimsoid geometric rock approach, though the unusual instrumentation used to reach these ends offers a textural originality rarely heard, exemplified on the Rea-penned second track “Skein,” and the busy and brilliantly complex “Synecdoche.” Throughout one can hear eastern Asian threads blended within the melodic fabric, more on tracks like “Fountain of Euthanasia” and “In That Distant Place” but to a lesser extent on several other numbers. Opener “Mustardseed” starts off slow paced but quickly moves into a world of noisy free rock improv while maintaining its melodic drive. Measure by measure, this is an outstanding group of players and composers that impress at every level.