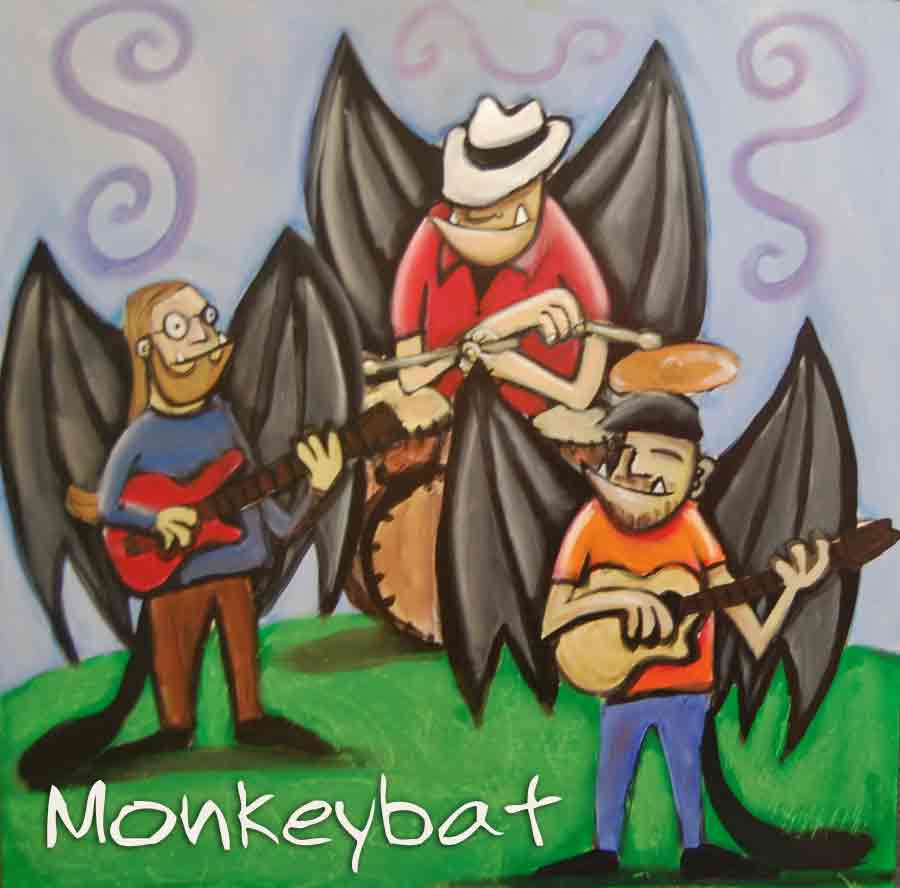 The guitar trio (often called a "power trio") is probably the most common configuration in rock bands all around the world, but MonkeyBat has a twist on the standard: the exclusive use of acoustic guitar. This could have taken them in a folk-rock direction, or maybe even classical or flamenco, but they've found a path all their own, something merging jazz and funk with progressive (even math) rock. Guitarist Scott Lewis has a very percussive attack most of the time, providing a lot of rhythmic interest in his parts whether using pick or fingers, sometimes reminiscent of a funk bassist's snapping and popping. And speaking of bassists, Brian Todd gets a lot of mileage out of his six-string bass, with nimble lines and flashy fills, even sometimes developing tricky tapped patterns. Drummer Vern Lawton is the glue holding it all together, navigating the complex time signatures smoothly, throwing accents in unexpected places, and often emphasizing the snare and cymbals in a way reminiscent of Bill Bruford. His use of double-footed kick drum pedal is unexpected in such subtle music, but he makes it work. The lack of a dedicated melody instrument is occasionally felt, but Lewis's guitar does an admirable job providing melodies within the parts, emphasizing and sustaining certain notes while others change. He also manages to toss in nice touches like harmonics among the other notes. MonkeyBat's knack for making complex music sounding friendly enough to fit in many different contexts — they regularly share bills with bands of nearly every genre imaginable. Fans of both prog and jazz should be able to enjoy this excellent release, and their sophomore album is already in the works.