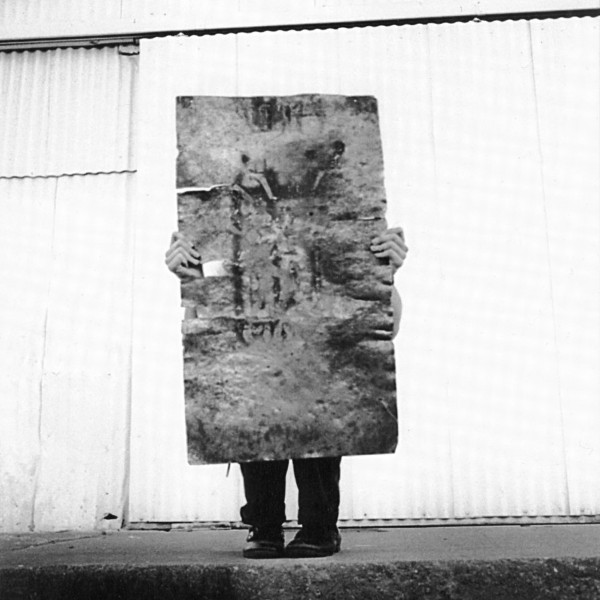 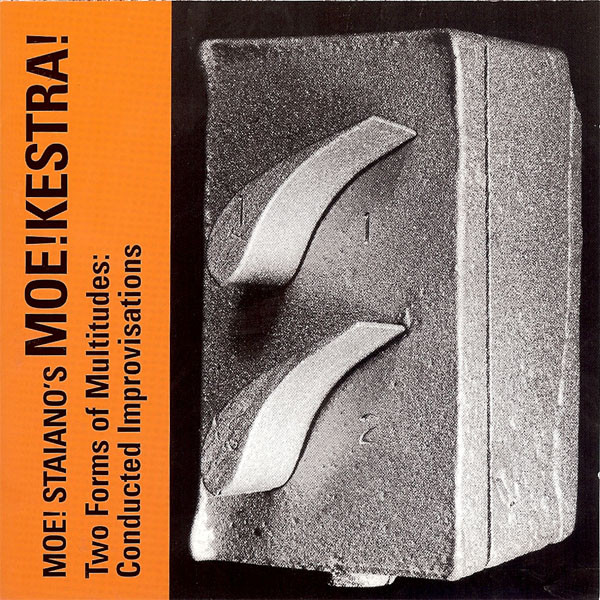 Some may be familiar with Moe! (not to be confused with moe.) as the waste percussionist in Sleepytime Gorilla Museum. Readers who find SGM a little too happy-go-lucky and accessible, or those simply looking for something more explorative and challenging may want to check out his solo works. Lateness has been out a year or so, but features recordings mostly from the 1998 timeframe (hence the title), produced by Ron Anderson (Pak, Molecules, etc.) featuring solo pieces and others involving his cohorts from Moe!kestra, Vacuum Tree Head, and elsewhere. The first notion we need to put to rest is that this is a percussion-only recording; in fact it is far from it, featuring voices, clarinet, guitars, bass, cello, vibraphone (okay, okay, that’s percussion, I know) but Moe! does manage to coax the most unusual sounds out of the most unlikely instruments (pots, pans, sheet metal, brake drums, whirlie tubes, kitchen sink, etc.) over the album’s ten tracks, from the 20 second opener “Insert Introduction Monologue Here,” which is basiclly a solo for drums and varying-speed tape, to the 16 minute, ten part experimental suite “The 10 Indexes,” which explores a wide range of sounds in an other-worldly setting.

The Moe!kestra has been a going concern for a five or six years, yet Two Forms of Multitudes is their first full length release. Unlike Lateness, which presents mostly composed vignettes for one to four players, Multitudes is a conducted improvisation for a very large ensemble of 30 or so players – in fact two conducted improvisations for two versions of the Moe!kestra, recorded about six months apart, using the same notations, but achieving a wildly different outcome. Instrumentalists are often massed, sometimes three to five players playing the same thing on the same instrument – in that respect perhaps reminiscent of Glenn Branca. Here Staiano doesn’t play much, but mostly conducts the ensemble throughout these two 40-ish minute pieces. The ensembles use a variety of instruments: horns, woodwinds, electric guitars, strings, theremin, and more, and of course lots of percussion. The sound is more or less what one would expect from a 30 piece percussion heavy ensemble: intense, dense, chaotic, and often noisy – but unlike many improvs, these move, change, and evolve frequently enough to keep them interesting over the long haul. While neither of these discs probably represent everyday listening for most folks, they do offer an explorative outlook and challenge the senses.