Modern Sky brings their festival to the US

Modern Sky Entertainment, one of China's most prominent labels for creative music, has expanded their operations to include a kind of touring festival in North America, billing some of their Chinese artists with international artists. New York, Los Angeles, and Seattle will host events next month. 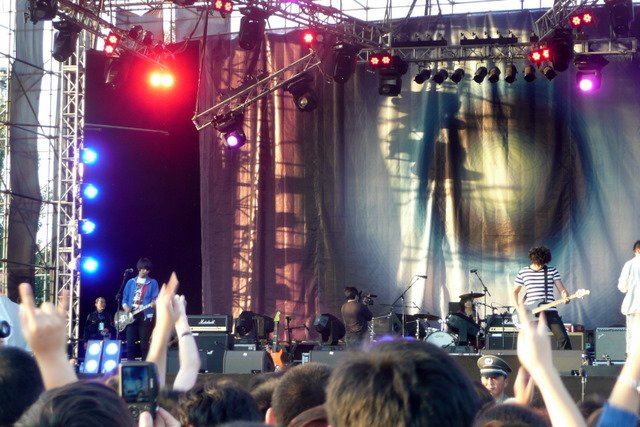 I've seen Hedgehog and New Pants live, and both are very entertaining. The Modern Sky festivals in China that I've attended have been well-run and lots of fun, so I'm looking forward to seeing them bring it to the US, and show Americans a good time.

Here and Now - Give and Take – Here and Now are very heavily patterned in the mold of Radio Gnome era Gong, complete with silly vocals, but luckily they also borrow from Gong’s best features, with some great guitar solos over...  (2002) » Read more

Mike Keneally & Beer for Dolphins - Half Alive in Hollywood – Most should be familiar with Mike Keneally's recent albums and his album with the Mistakes (unless you've been living in a cave, or stubbornly ignoring our writers' recommendations). Mike...  (1997) » Read more