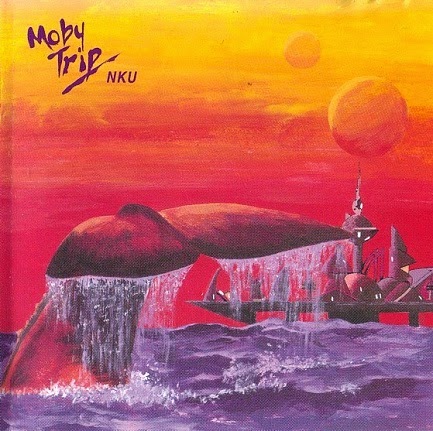 Moby Trip is a trio from New Zealand operating in the retro-psych realm. The band features guitars, bass, and drums, with the guitarist doubling on keyboard programming, and vocal duties shared by bassist and guitarist. The album is recorded live, all taken from a single performance at Hamilton, in November '97. The thirteen minute opening suite is probably the best the album has to offer, a very typical sixties' psych workout, with some heavy guitar jamming, Floyd-like dream breaks, effect-laden intro, and some fairly average sounding vocals. While the instrumental performance is merely passable as well, there are still some interesting moments, occasional spirited solo flights, and that genuine sixties style echoey/reverb production that give it character. But by the end of the fourth track the album starts wandering all over the place, losing whatever focus it may have initially had. At the end of the day the listener would probably do better by going back and revisiting the first few Steppenwolf albums, Fever Tree, or Blue Cheer's Vincebus Eruptum.