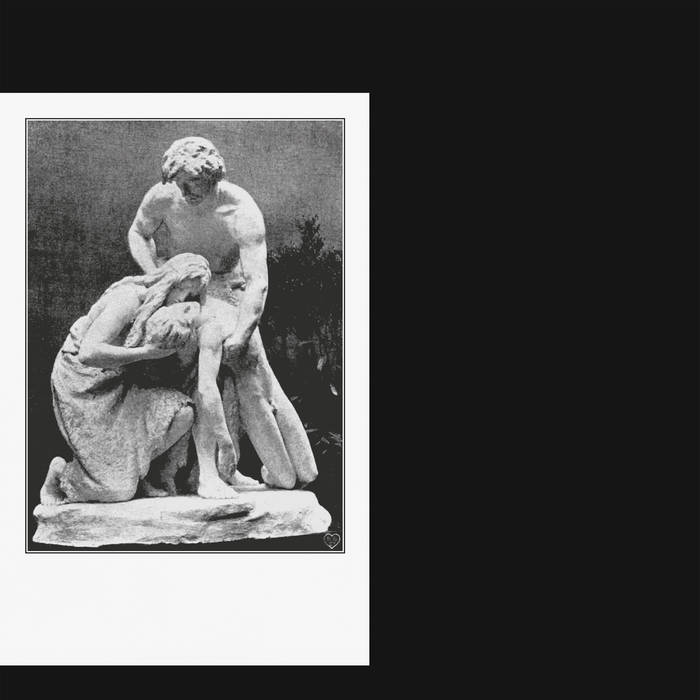 This, the second full length release for this German band from Düsseldorf, comes amid a number of similarly titled EP vinyl releases. The group is led by guitarist and singer Jochen Oberlack, with bassist Peter Kirschbaum, drummer Peter Schürmann, and Rudolf Kronenberger playing keyboards. The LP opens and closes with some biblical references, the nine minute “Revelation (Genesis 4:1-24)” opens side one, and features some spoken words in English against a lengthy Floydian backdrop, complete with blistering Stratocaster leads that Gilmour would be proud of, sounding inspired by Obscured by Clouds or Wish You Were Here or like that, reciting the familiar story of Cain and Abel. The whole band is on fire throughout, with many layers of guitar, and the keyboards add an additional dimension. Next up is “Into the Mirror Black,” a song which clearly recalls Eloy in their Floating period when there was still plenty of edginess in their sound. “Hog Dead” brings home another aggressive collision between Wall era Floyd and some of the more punk-driven sounds of the same time period, again with Stratocasters blazing throughout. This is the one song among many where Oberlack avoids spoken words really sings the lyrics. Now on Animals Floyd featured sheep, dogs, and pigs of many kinds, but they didn’t have “Cows,” so Ümit! has done the deed, complete with animal sounds. The eleven-plus minute piece begins with an ambient stretch of floating keyboards and gentle guitar swells until the cows make their sounds and the whole band jumps in for a lengthy and defining bluesy rock groove, over which Oberlack lays down some beautiful guitar melodies, as well as soaring synth solos from Kronenberger. There are only five songs here, so when we get to “The Deer (Psalm 42 - Revelation Reprise),” that’s the other biblical bookend, a splendid, raw and edgy nine-plus minute piece that drives hard, again much like 70s or Eloy, with spoken German that sounds like it’s coming over a distant loudspeaker, but quickly morphs into an instrumental epic. This time, the release is a 12” record on white or “smoked white” vinyl (which already appears to be sold out on the band’s Bandcamp site) or as a download, but as this review is written, there is yet no CD available or planned.