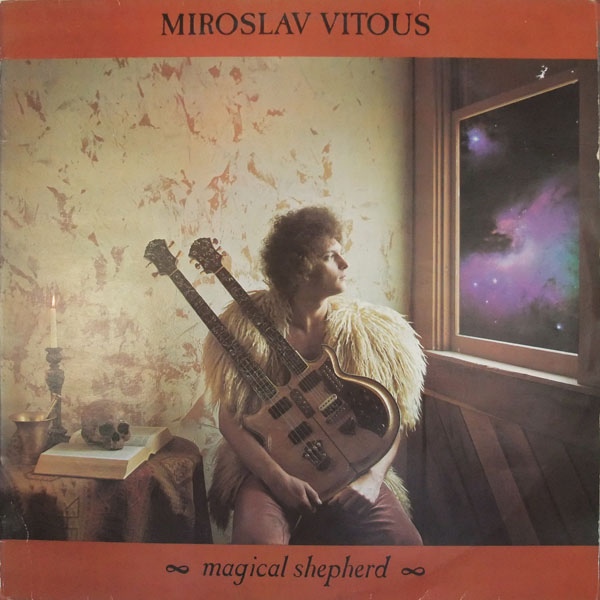 For those who have not heard any of the Miroslav Vitouš solo albums, he will be mainly known for his work as the original bassist with Weather Report, on three and a half of their first four domestic albums (you know, the spacey, jazzy ones before they went pop). Of his solo albums I’ve heard, this is my favorite, and features the talents of Herbie Hancock, Jack DeJohnette, and Airto Moreira in addition to the bass guitar and synthesizer work of Vitouš himself. The overall vibe is cosmic funk, not quite as spaced out as Hancock’s Sextant, maybe a bit less structured than Weather Report’s studio work. Dexterous bass work is the focus, both in the standard range and in a higher register with fuzz, taking the place of lead guitar, but happily Vitouš is no egotistical showoff. Hancock is also great, mostly on electric piano in the mode he used working on the classic electric Miles albums. Some listeners may be turned off by the female vocals, which swoop above the grooves and even occasionally lend the feeling of Shaft crossed with the Star Trek theme, but this is a relatively minor aspect of the recording, and doesn’t bother me. While I can’t say that every one of Wounded Bird’s reissues is a winner, this one is a real gem.