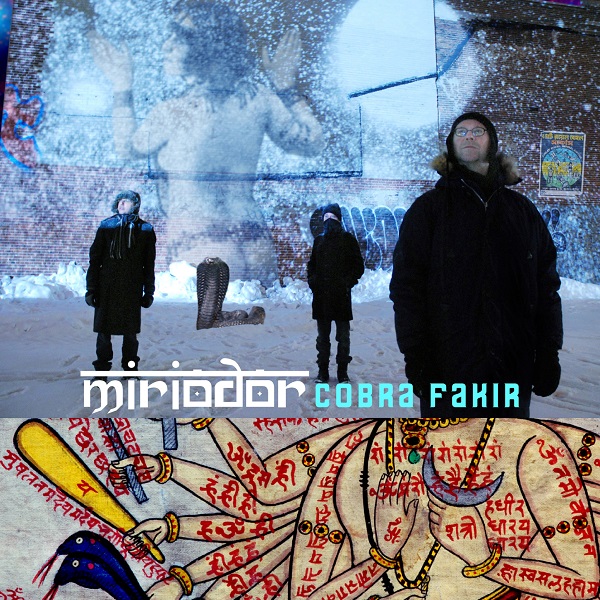 When I first learned that Miriodor was a trio on their new release, I was a little apprehensive, since I really loved the varied sound they had with violin and woodwinds. But then I remembered that when I first heard 3è Avertissement / 3rd Warning, it was a trio that got me so interested. And there's enough going on with Cobra Fakir to reinforce the proposition that with musicians this good, three is indeed enough. The new element to their sound seems to be an increasing fascination with electronics, though not in a way that detracts from the organic nature of their music. The main instruments involved are guitars, keyboards, and percussion, with some keyboard sounds leaning towards woodwind tone (I could swear I heard some Mellotron flutes in the title track). When compared to some other practitioners in the RIO field, Miriodor lean towards the lighter side, more akin to Lars Hollmer's work than Univers Zero or Present — no surprise as they worked with Hollmer on a number of projects. This is not to say that Cobra Fakir is all light and frivolous. This is an album with guts, and several tracks approach what might be called heaviness at times. But there are always breaks where the various parts split into glorious polyphony, with interlocking lines reminiscent of Gentle Giant's most complex pieces. In short, Cobra Fakir is catchy, complex, varied, clever, and just plain fun.