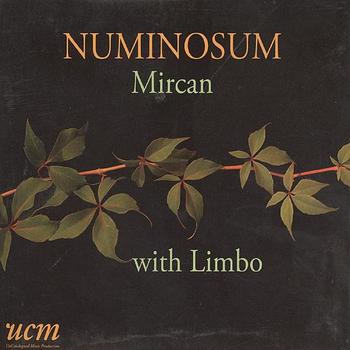 Mircan Kaia belongs to the Mingrelian people, a South Caucasian minority living in northeastern Turkey, in a region bordering Georgia. She is fiercely linked to her roots, but she is not a folk musician. This is clearly shown by her latest CD, Numinosum, which was conceived and recorded with Limbo, an avant-jazz group from Bristol. This band, led by trumpeter Roger Mills, provides a musical tapestry where Mircan’s voice finds her own place like another instrument. “Tonight I Long for Rest” displays a moving, timeless athmosphere where Mircan’s voice successfully merges with instrumental tension. “Wordless” is a good sample of the singer’s vocal skills. Natural sounds can be heard in several tracks, including “Crickets’ Song – Silence in Cxala,” where they build a structural tapestry instead of being a simple embellishment. The natural world is a constant reference: the leaves on the booklet, titles including water and lizards leave no doubt. A smooth entanglement of voice, piano, trumpet, and falling rain (“Waif Reprise”) bring Numinosum to a close. All is sacred and mysterious, as the CD title suggests. Confirming a will to unite musicians coming from different environmemts, the CD includes Turkish players, including accordionist extraordinaire Muammer Ketencoğlu, playing in all Mircan’s works. The package, as in her previous works, is a colourful masterpiece of accuracy. A determined woman, a skillful and sensitive composer, Mircan deserves much more attention than she she was given to date.