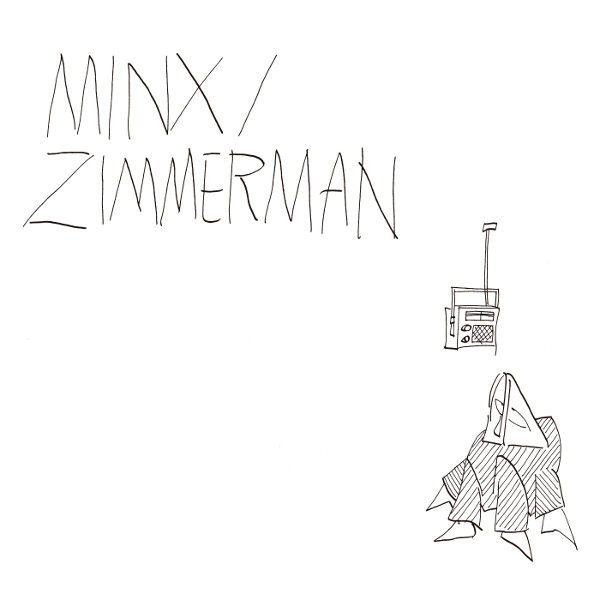 Guerssen has been reissuing a number of obscure albums of music by artists I have never heard of or music that does not necessarily interest me. Case in point is the reissue of the Dutch minimal synth / New Wave self-titled album from 1985 by Minx / Zimmerman. Minx / Zimmerman was the duo of Don Minx (aka Marq van Broekhoven, a comics artist) and Aldomir Zimmerman, two friends from Eindhoven. Being fans of John Foxx, Brian Eno, Fad Gadget, Sparks, and Devo, they decided to try their hand at recording their own music and released an album. Over the years Minx / Zimmerman has come to be highly sought after by collectors. Unfortunately, just because an album is rare does not mean that the music it contains is any good. Over the course of 22 minutes, we hear six different minimal synth pop songs on cheap cheesy keyboards and drum machines, over-using the factory presets. Their vocals are pleasant, with a hint of an accent, sounding like Human League or Heaven 17. Unfortunately, even at four minutes, the songs are too long and boring due to the lack of orchestration. “Dreams That Money Can Buy” sounds like a Human League title and could have been if the orchestration was executed better. There is an overall sameness and sterility to their sound that might have worked back in the day. The only song that stands out from the rest is “Tearoom in the Rain,” as this is the only song that demonstrates some thought to the composition. They varied synth patches, fuzzed the sound a bit, and used a funky beat. Can’t really recommend this one, but who knows, if you are a fan of minimal wave from the 80s, perhaps this one is for you.