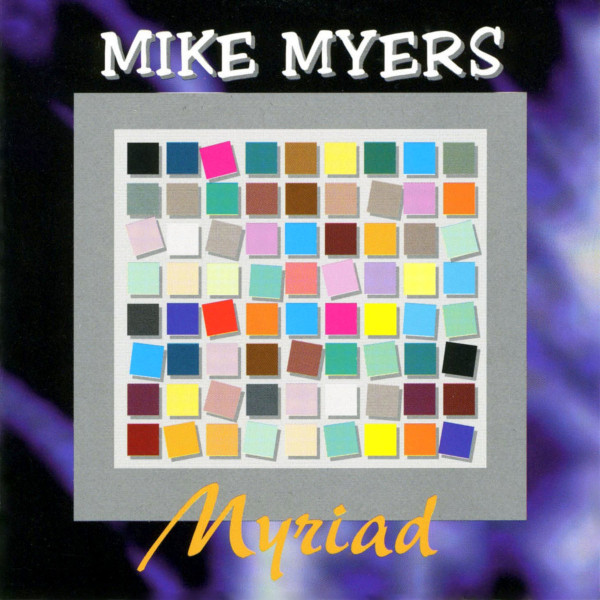 This is the second release for Texas based percussionist / keyboardist Mike Myers. The eleven tracks on Myriad cover a wide range of styles from jazz-rock to progressive to pop to more avant-garde ideas, with apparent influences ranging from Zappa and Rundgren to Ozrics and ELP. Myers plays everything on this purely instrumental outing, eleven tracks clocking in at just around an hour. Solo projects based on keyboards seem to come a dime a dozen these days, but what sets Myers apart from others is his insistence on using real (yes, real!) drums, not programmed percussion and drum machines. Also his melodic sensibilities are a mite nonstandard, which helps keep the music interesting and the listener guessing — no doubt some influence from Uncle Frank, but often one might be reminded of Kit Watkins' solo works as well — in fact "Cosmic Follicles," intended to be a salute to the Ozrics, sounds more like a lost track from the second side of Labyrinth. "Waiting for the UPS Guy," on the other hand, features no keyboards per se, and is purely a workout for percussion, but most tunes fall somewhere in the realm of jazz-rock, often employing odd time signatures and asymmetrical arrangements. "Moon Germ Strut" is perhaps a little too predictable in parts, but tracks like "Youth in Asia," "Bad Attitudes," "Pacific Suite," and the title track more than make up for it. Over the long haul this is an album that grabs the attention and gets more compelling with each successive listen. Recommended.

October Equus - October Equus – While there are bits and pieces of many recognizable influences in the palette of this Spanish band, I keep coming back to Museo Rosenbach. This is very much the same kind of dark, heavy progressive...  (2007) » Read more