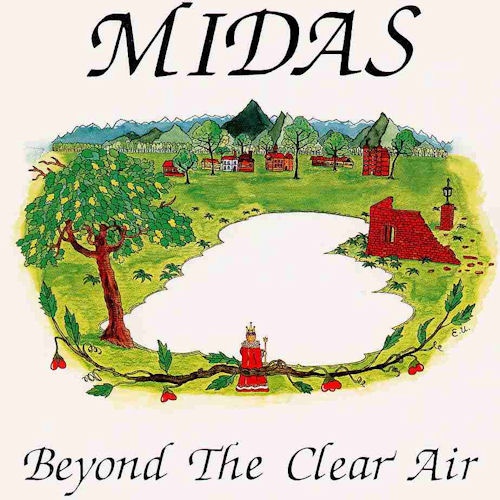 Midas were one of the unheralded "Made in Japan" groups and only recorded one album in 1988, which this is a reissue of. It's unfortunate that Midas went by so unnoticed; Beyond the Clear Air is certainly one of the better late 80s Japanese symphonic albums. If you're familiar with bands like Teru's Symphonia, Pageant, Mr Sirius, and especially Outer Limits, then you'll have a good idea of Midas' contemporaries. The Outer Limits comparison is important due to the violin; Midas' music is dominated by their excellent violinist as well as many of the keyboard sounds. The music is richly symphonic with a definite Genesis edge — the keyboard patterns are solidly within the Banks/Kelly/Orford style yet occasionally break out into Wakeman/Watkins like soloing. The vocals are similar to many of the Japanese groups with male vocalists — decent yet a bit shaky at times. With four tracks (two of them very long) on the album and a lengthy bonus track, this is a very nice reissue that most into symphonic or neo styles should certainly like.