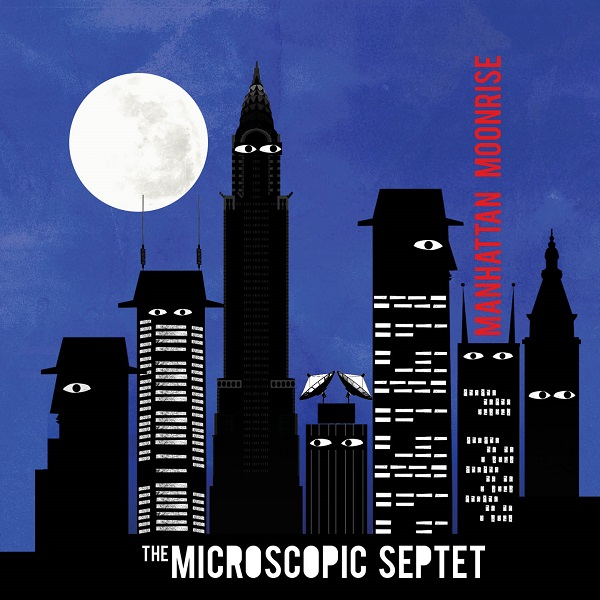 For all our obsession with music as art, we sometimes forget that it is, at the most basic level, entertainment. Sure, life without music would suck, but you wouldn't actually die without it. Unless you went crazy and killed yourself... But all such speculation aside, there's no reason music can't be both fun and artistically satisfying, both engaging to the mind and bringing a smile to the face. The Microscopic Septet fits in here, with music that could be reasonably described as jazz that mostly takes after the pre-bop era, before jazz split so decisively from pop music. Not that they're totally stuck in the past either — the playing is all fresh, and the solos venture outside swing-era sweetness, though not so far as squawking. Melody and groove are the watchwords, and the arrangements for multiple saxes are all tasty and impeccably executed, with a balance of harmonies and polyphonic lines to keep it interesting. There are some elements of 60s soul-jazz as well, as on "Obeying the Chemicals," which infuses a boogie-woogie rhythm with a cool, slinky vibe. The result is a kind of music-out-of-time that can as easily appeal to young listeners, their parents, or their grandparents. It's jazz made both accessible and brainy, worthy of both toe-tapping and close analysis. Bravo, guys! Thanks for a little sunshine in a world full of trouble.