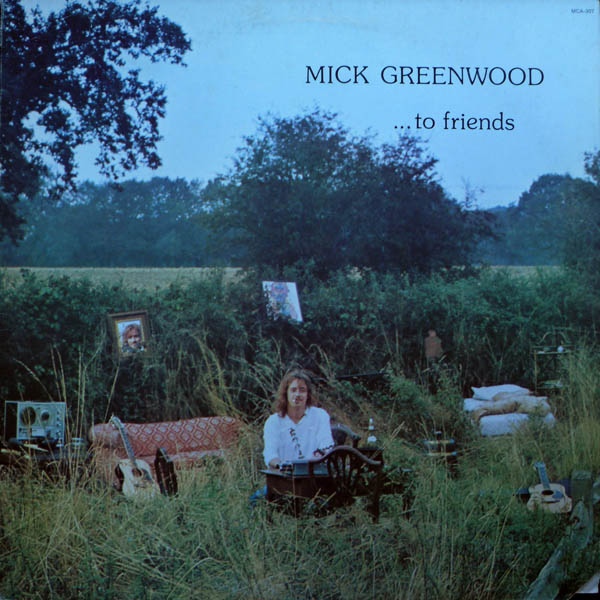 Who is Mick Greenwood, might you ask? Apparently the man is American and made a ploy to become a pop star in the UK after being discovered in a New York club in the early 70s. He issued three LPs during his career and ...To Friends is the second in a series of re-issues, which has been re-released by Voiceprint (UK). A few superstar players also assist on the album from 1972 including guitarist Jerry Donahue (Hellecasters, ex-Fairport, ex-Fotheringay) and Tony Cox, who arranged the strings on Time and a Word for Yes. Greenwood falls squarely into the singer/songwriter bracket of early seventies performers with a vocal delivery like Tim Hardin and a lyrical slant like Al Stewart (e.g. "Year of the Cat"). Arrangements range from country-rock such as on the opening title track and "See Yourself" to bluesy rock ballads ("Share the Load" and "Berzerk"). "Mother Earth" and "All Aboard the Train" remind me of a unique hybrid between Madman across the Water-era Elton John meets Loudon Wainwright III. Not sure why this artist never received the push from Decca to make the radio airwaves, but at least his legacy is now available after the fact. For more information on this lost talent from three decades, refer to the man's self-titled website