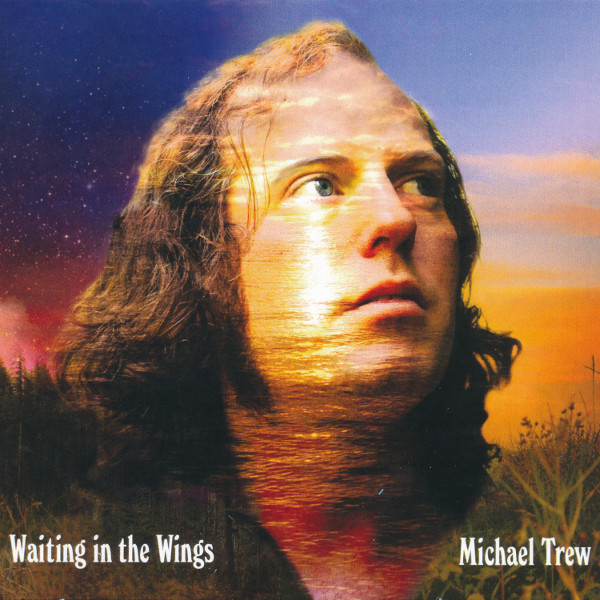 With the five Autumn Electric albums, Michael Trew developed a unique style of music that drew from folk rock and progressive rock with an artistic do-it-yourself attitude. But he always had some songs that didn’t fit in with the band’s material, and now he’s collected nine of them on Waiting in the Wings. The style here tips more to the folk rock side, though touches of prog still surface here and there. Acoustic guitar features as the backing in most of the songs, though piano is also used, and the arrangements are filled out by a wide variety of instruments, including strings, woodwinds, brass, bass, drums, percussion, and keyboards. Trew’s fragile voice provides the thread of continuity through the varying instrumentation, both alone and in combination with backing parts. Trew has a hand in all the writing except “Bright Lights Cold Hands,” either on his own (five tracks) or in collaboration with others (three tracks). While the overall impression favors gentle sounds, there are touches of rock on several songs, notably “I’m Your Television” with its tremolo guitar and proggy synthesizer, and “Vassagonia,” which features a great guitar solo from co-writer Dave Webb. Julie Baldridge plays violin on most of the tracks, providing a wonderful touch of life, and Lauren Trew’s bass clarinet is beautifully effective on three tracks. But in spite of the instrumentation, the music maintains an intimate feeling, more akin to chamber music than symphonic. It’s delicate but has muscles under the pretty surface. The lyrics are evocative, pulling from both folk-like storytelling and poetic imagery and never falling into the nostalgic trap of trying not to be contemporary. Waiting in the Wings is a fine album, a welcome reminder that the craft of songwriting is important and sorely lacking in so much current music.