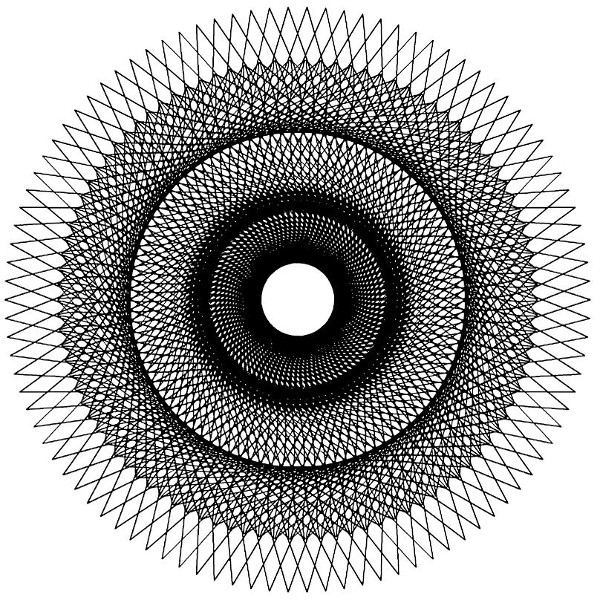 Front man for the US neo-psych band The Soft Bombs, Michael Padilla, stretches his musical muscles by recording a full album of ambient music. This music is so out of character for Fruits de Mer that Keith Jones elected to release it on their experimental sub-label Strange Fish. To add to the experimental aspect of the music, Keith also decided that it was time to issue their first picture disc. Fully recognizing the sonic limitations of a picture disc and the expected criticism from vinyl junkies, they are including a CD with the four tracks (one is an extended version of the vinyl track) plus a bonus track. Michael’s compositional approach on this solo album was to learn from the master Brian Eno and his ground breaking Discreet Music. Michael used only a sampler and a loop pedal to create constantly shifting and morphing soundscapes. Each track was spontaneously composed and performed in his studio on May 26, 2014, December 29, 2014, December 30, 2014, January 10, 2015, and January 12, 2105. The promo only contains the four tracks on the LP, so that is where I will focus my attention. Side A opens with “Northern Lights.” I have never seen the Northern Lights, but the constantly shifting and floating nature of the music is the sonic equivalent of the aurora. Though there is some uniformity of the music, the constant shifting maintains your interest throughout the track. The second track is “Crossing East.” This is a slow electronic piece that reminds me of Fred Becker’s Inner, Stellar and some of Roedelius’ ambient works. This is ambient electronic music, but nothing like Tangerine Dream. There are no pentatonic sequences or Hollywood soundtrack riffs. Side B opens with “Ecstagony,” and a dark drone intro similar to early Tangerine Dream. Think of Alpha Centauri, Zeit, or Atem. However, over its 15 minutes the drifting chords tend to brighten a bit and the music approaches Inner, Stellar again. The closing track is the three-minute “The Waiting.” This dark ambient track is in the bass register that eventually is overlaid by a bass melody line. The CD version contains an extended version of “Crossing East” and the bonus track “Dark Matter.” Quite a departure for FdM and an impressive album package. The uniqueness of this release is sure to make Atmospheres an instant collector’s item!